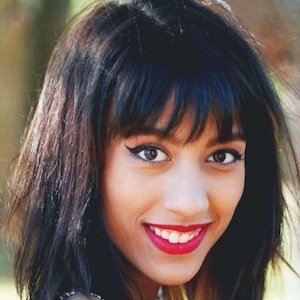 Singer and guitarist who found a following on YouTube through her covers of popular songs by artists like The Voice.

She earned a scholarship to the Berklee College of Music. She began posting videos to YouTube in 2007.

Though she is known primarily for her covers, she has uploaded a number of original songs, including "Wish You Had Me" and "No Other Man." She has a tattoo that reads "Make it count," after her favorite movie Titanic.

She was raised primarily by her mother and grandparents. Her grandfather was also a singer.

One of her most popular early covers was of Amy Winehouse as some of her greatest influences.