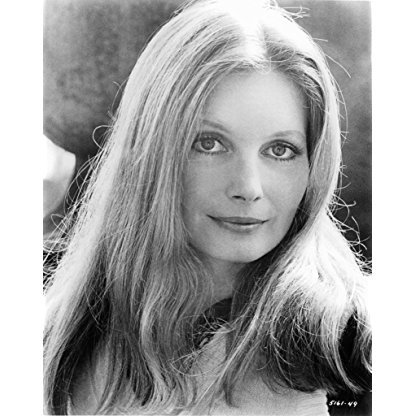 Catherine Schell was born on July 17, 1944 in  Budapest, Hungary, Hungary, is Actress. Born in Budapest, Hungary, her true name is Katherina Freiin Schell von Bauschlott, the scion of a once wealthy German patrician family. Her father, the Baron Paul Schell von Bauschlott, was a well-respected diplomat until the Nazis confiscated their estates during WWII, while her mother was Countess Katharina Maria Etelka Georgina Elisabeth Teleki de Szék. Her family was living in poverty until 1948 when they sought asylum in Vienna and Salzburg as the communist regime began to take hold in Hungary. In 1950, her family emigrated to the States and Baron von Schell Bauschlott renounced his title in order for his family to gain citizenship. Catherine entered a convent school in New York's Staten Island area. In 1957, her father joined Radio Free Europe, taking the family to Munich where she developed an interest for acting and trained at the prestigious Falconberg School. Her inauspicious debut (sometimes billed as Catherine von Schell) was in the German film Lana - Königin der Amazonen (1964). While filming Amsterdam Affair (1968), she met and married actor William Marlowe, subsequently moving to London. She went on to appear in Moon Zero Two (1969), the James Bond feature On Her Majesty's Secret Service (1969), Callan (1974) and The Black Windmill (1974), but is best known at that time for the slapstick comedy The Return of the Pink Panther (1975), which marked Peter Sellers' cinematic revisiting of his "Inspector Clouseau" character. Extremely visible on TV with frequent work in such series as The Persuaders! (1971), The Adventurer (1972) and the cult sci-fi series Space: 1999 (1975) starring Barbara Bain and Martin Landau playing the role of "Maya", an alien, for which she is best known. Her marriage to actor Marlowe had run its course by 1977, and she met director Bill Hays that same year, who had two children from a previous marriage. They married in 1982, together working on a TV production of A Month in the Country (1985). Her career began to wane by the time she did the series Wish Me Luck (1987) and she retired shortly thereafter, running a small guest hotel in France. Catherine is often mistakenly thought of as a sister of actors Maximilian Schell, Maria Schell, Immy Schell and Carl Schell, but she is not. One of her two brothers, Paul von Schell, is, however, the widower of actress Hildegard Knef.
Catherine Schell is a member of Actress 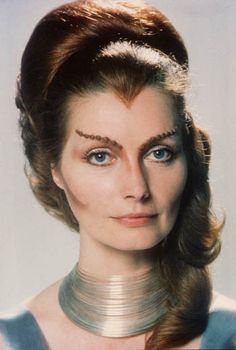 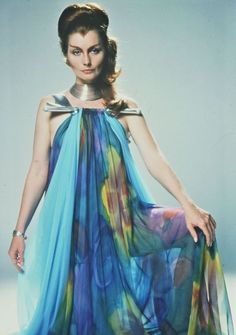 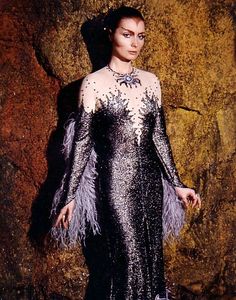 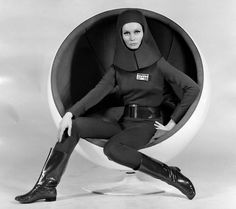 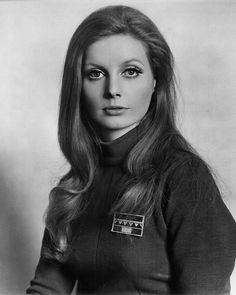 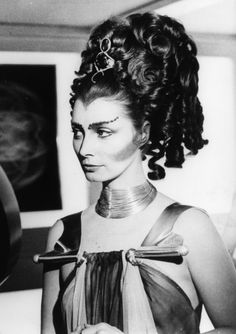 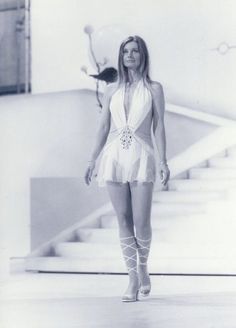 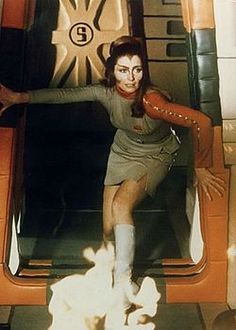 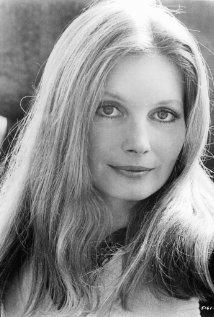 Fleeing Hungary in advance of the Russians and Communism, the family lived in poverty until 1948, finding asylum in Austria: first in Vienna, then in Salzburg. In 1950, the family emigrated to the United States, where Schell's father acquired American citizenship.

Schell entered a convent school in the New York City borough of Staten Island. In 1957, her father joined Radio Free Europe and the family moved to Munich, Germany, where Schell developed an interest in acting and attended the Otto Falckenberg School of the Performing Arts.

Under the name Katherina von Schell, she made her film debut in 1964 as the title character in the little-known German-language film Lana: Queen of the Amazons (German: Lana – Königin der Amazonen). In 1969, she appeared as Bond girl Nancy in the George Lazenby James Bond film On Her Majesty's Secret Service (credited as Catherina von Schell), and as Clementine Taplin in the science-fiction thriller Moon Zero Two. In 1972, she appeared for the first time under the name Catherine Schell in Madame Sin, an American television film starring Bette Davis.

Schell's first TV credit was Till Eulenspiegel (1967), a West German comedy in which she played Nele and was billed as Katherina von Schell.

While filming Amsterdam Affair in 1968, Schell met and married her first husband, British actor william Marlowe (1930–2003), and moved to London. The marriage ended in divorce in 1977. Schell married Director Bill Hays (1938–2006) in 1982. In 1984, they worked together for the first time as husband and wife on a TV production of Ivan Turgenev's play A Month in the Country.

In 1975, she appeared opposite Peter Sellers in the comedy The Return of the Pink Panther as Lady Claudine Lytton. It is frequently claimed that her tendency to break into uncontrollable laughter at Sellers' antics as Inspector Clouseau spoiled many takes. The final print of the film repeatedly shows Schell attempting to stifle laughter at Sellers' behaviour, both at the Lytton residence and during the nightclub bar scene. Although these scenes are frequently offered as classic examples of corpsing, Schell has maintained in interviews that she considered it in character for Lady Lytton to be amused by Clouseau, whom she does not see as a serious threat (made clear during her banter with her on-screen husband at the film's climax in the character's hotel room).

Schell's career continued into the mid-1990s, after which she retired from acting and opened Chambre d'Hôtes Valentin, a small guesthouse in Bonneval, Haute-Loire, France, which would become a popular destination for fans of Space: 1999. She reportedly sold the inn after the death of her second husband in 2006.

Schell contributed a foreword to the Space: 1999 novel Born for Adversity, written by David McIntee and published by Powys Media in 2010.

Schell made her first convention appearance MainMission:2000, a celebration of the 25th anniversary of Space: 1999 held in New York City. To date, she has appeared at only one other convention, mainly due to her second husband's declining health.