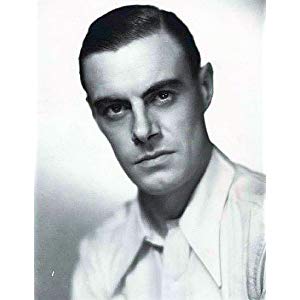 Who could forget Colin Clive's "It's Alive! It's Alive!" as he melted to the floor mumbling the same over and over in ecstasy after his success at animating the Monster in the first sound version of Frankenstein (1931).
Colin Clive is a member of Actor

💰Colin Clive Net worth and Salary

Who could forget Colin Clive's "It's Alive! It's Alive!" as he melted to the floor mumbling the same over and over in ecstasy after his success at animating the Monster in the first sound version of Frankenstein (1931). Film history - horror film history - but part of a short history for actor Colin Clive - he died at 37 years of age. The son of a British army colonel on assignment in France at the time of Colin's birth, Clive the younger might have been expected to follow an army career-his ancestor was Baron Robert Clive, founder of the British Indian Empire. But he became interested in theater instead. His acting talents progressed through the 1920s to sufficient degree to replace Laurence Olivier who was starring in the R. C Sherriff play "Journey's End" in London. The director was up-and-coming 'James Whale', who had also been working his way up in London stage and film work as a budding scene designer and director. Among his stage and entertainment acquaintances in London was Elsa Lanchester - the future bride of Frankenstein. When Olivier moved on to other stage work, the play moved to the Savoy Theater in London with Clive in the lead in 1928.

Whale was waiting for the opportunity to move onto Broadway and Hollywood films. The success of "Journey's End" gave Whale his break. Broadway called for the play with him as both director and scene designer. It opened in March of 1929 but with Colin Keith-Johnston in the lead. Nevertheless, Clive came to New York as well to await developments. Halfway through 1930, the play had ended, and Whale was contracted by Paramount as a dialog director. Things continued to unfold quickly. Whale was very soon called on to direct what would be the first British/American co-produced sound film, a movie version of the popular Journey's End (1930). Whale got Clive back as the lead-the laconic, alcoholic Capt. Stanhope. And Clive showed on screen what came out in his stage performances - a measured intensity to his character, bolstered by his unique cracked baritone voice - seemingly always on the edge of irritation. Clive's first picture then led to opportunities in both British and American films. But he got his first play on Broadway "Overture" in late 1930 which ended in January of 1931. Then it was back to London where he was prophetically cast with Lanchester in The Stronger Sex (1931).

As they say, what came next was film history. Whale was contracted by Universal where Dracula de vampier (1931) had just been a huge hit and the studio was looking for a quick follow up. Shelley's Frankenstein was optioned as the next 'horror' movie with Whale directing. Whale wanted Clive as Dr. Henry Frankenstein, and it all came together. Clive played the tortured legitimate doctor driven to macabre surgery and near insanity with over-the-top theatrics that would type him for the remainder of his short career.

The next few years he played both B leading and A supporting roles. Two apt examples were playing brooding but romantic Edward Rochester in an early Jane Eyre (1934) and playing a British officer in Clive of India (1935) in which Ronald Colman - not he - played his illustrious ancestor. Clive returned to Broadway for two plays in 1933 and 1934 and one more in the 1935-36 season. Then it was back to Universal for the "Bride" sequel of Frankenstein (1935) in which his Dr. Henry was somewhat more subdued. This was mostly to do with a broken leg suffered from a horseback riding accident. He is seen doing a lot of sitting or lying down because of it. Dour and sour seemed to be his trademark, bolstered that much more with the remainder of his films in which he was usually disturbed supporting characters.

His final two films were in early 1937 with the better known History Is Made at Night (1937) - awkward type-casting him as the world's most sour grapes ex-husband, Bruce Vail, who engineers a sure collision of his new steamship with any available iceberg in foggy weather to hopefully drown his ex-wife Jean Arthur and her romantic true love Charles Boyer. But the sinking ship is stabilized and the lovers are saved to live happily ever after. Ironically, but befitting such a deed in Hollywood ethics, Vail shoots himself.

Ironically, Clive, suffering from tuberculosis, furthered along by chronic alcoholism, died not long after in late June of 1937.