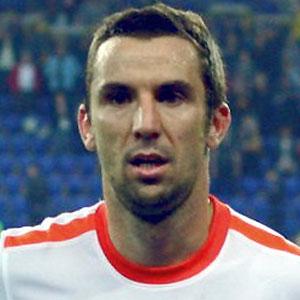 Yugoslavian right winger who first took the field for Croatia's national team in 2002.

He began his professional career with Hajduk Split at age 17.

He was named the best Ukranian Premier League player two years in a row, 2009 and 2010.

He fathered a daughter, Kasja, with his wife Mirela Foric.

He was joined by Mario Mandzukic on the Croatian soccer team in 2007.