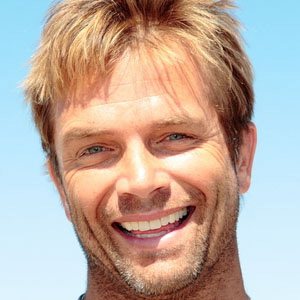 He earned a political science degree from Bates College in Maine.

He has also had starring roles on Witchblade and Beyond the Break.

He married Susan Brubaker in 2004 and they later welcomed a daughter.

He co-starred in Baywatch with David Hasselhoff.