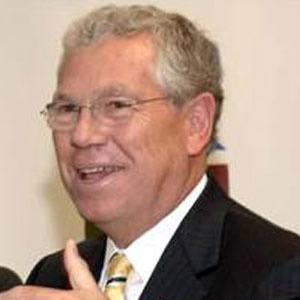 Republican politician who was the Governor of Rhode Island from 2003 to 2011. His public statements on 2003 Station night club fires got nationwide coverage.

He worked as a high school math teacher in Newport, Rhode Island.

He won two elections for Governor as a republican candidate in a heavily democratic area.

He is of Italian and Swedish decent, on his father's and mother's side respectively.

He is a republican politician from Rhode Island like John Chafee.