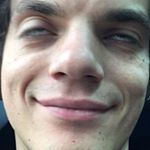 British actor notable for his role as Marcus Whitmore in Sex Education as well.

He attended Taunton School before enrolling at the Royal Welsh College of Music & Drama where he graduated with a Bachelor of Arts in acting.

His film credits include The Commuter and How to Build a Girl. He has performed on stage in a number of Richard Burton Theatre Company productions.

He is from Somerset.

He is featured in the series A Discovery of Witches alongside Matthew Goode.