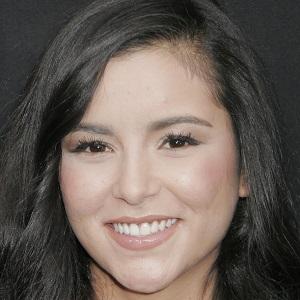 Mexican-American actress who broke into acting with her starring role in the 2006 independent film Quinceanera.

She was discovered by a talent agent at a local mall in El Monte, California.

She also had supporting film roles in Big Mommas: Like Father, Like Son, The Winning Season, and Vicious Circle.

She has four siblings: Anastasia, Cole, Lorena, and Rafael.

She had a recurring role with Ray Romano in the 2011 season of Men of a Certain Age.