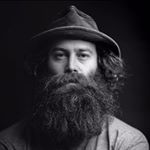 Horror screenwriter who is best known for penning scripts for films like The Hitcher and Near Dark.

He graduated from the AFI Conservatory in 1983.

He published his first novel in 2011 entitled Don't Stand So Close.

He married Meredith Casey in 2004.

He directed the thriller The Hitcher, which starred teen queen Sophia Bush.