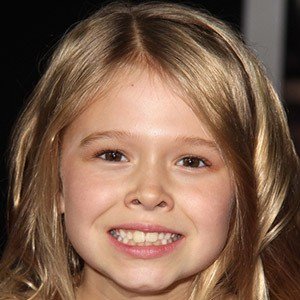 Child actress notable for portraying Hazel Weber in the series Odd Mom Out. She first appeared on the big screen in 2013 with credits including Prisoners, Awakened and Delivery Man.

She appeared on The Today Show when she was 6 years old.

She was a guest star on the TV shows Orange Is the New Black, Inside Amy Schumer and Unbreakable Kimmy Schmidt.

She has two older sisters named Alexa and Ashley Gerasimovich.

She played the daughter of Hugh Jackman's character in Prisoners.