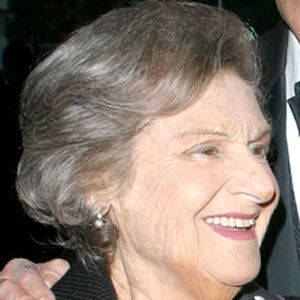 She directed 's mother, who supplied the line he became remembered by.

She met her future husband, , while working as a stage designer in the Catskills.

Rob cast her in his movie, When Harry Met Sally, where she delivered the iconic line, "I'll have what she's having."

She had three children with .

She appeared in Mel Brooks' comedy film To Be or Not to Be.