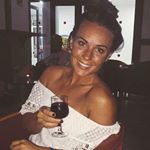 Award-winning TV actress who became known for her role as Ruth Stewart in the show Home and Away.

Prior to starting her acting career, she studied at the Abbotsleigh School for Girls in Sydney.

She has won two Gold Logie Awards, which are considered by many to be the most prestigious award in the Australian television industry.

She married husband Steve Worland in 1999.

She and Heath Ledger both appeared on the series Home and Away.