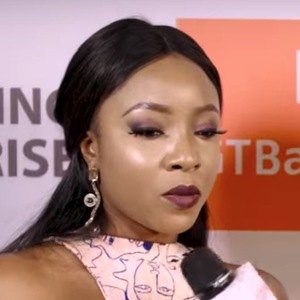 Breaking out as an actress as Hadiza in North East, she is a movie and television actress who also starred in the 2016 rom-com It's Her Day. She joined the cast of the popular series Africa Magic's Battleground as Teniola Bhadmus.

She studied at the New York Film Academy after earning a degree in International Relations' from Covenant University.

She worked as an investment banker before pursuing acting.

She was born in Lagos, Lagos State, Nigeria.

She posted a photo of herself with John Boyega on Instagram.