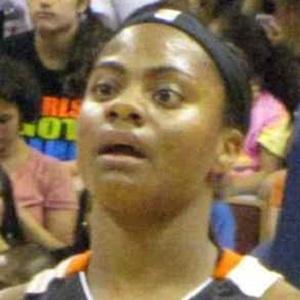 2013 WNBA All-Star who was drafted 11th overall in 2007 by the Detroit Shock. She was awarded the Nancy Lieberman Award in 2006 as the best collegiate point guard while playing for the North Carolina Tar Heels.

During her time at the University of North Carolina, she racked up Player of the Year, Tournament MVP, and All-ACC First Team honors among several other accolades.

She has played for the Atlanta Dream, Tulsa Shock, and Washington Mystics in her WNBA career.

She and Candace Parker were named to the All-Star team in 2013.