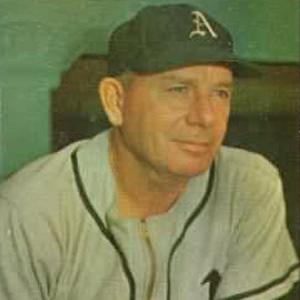 During his 22-year career, he collected 2,256 hits and won two World Series titles.

He started getting paid to play baseball for semi-pro teams in Philadelphia at age 16.

He helped the Philadelphia Athletics win the 1929 World Series when he batted .421 in five games.

After his first wife Mary's death, he married Mildred and together they had three children, 16 grandchildren and nine great-grandchildren.

He was favored by famous manager Connie Mack because of his solid defense at third base.