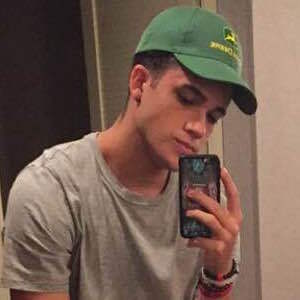 One of 5 singers that comprises the group known as The Boyband Project.

His band's most popular YouTube videos include covers of One Direction's "Steal My Girl" and The Backstreet Boys' "I'll Never Break Your Heart."

He is originally from Florida and later moved to Los Angeles.

He performs alongside Chance Perez in The Boyband Project.