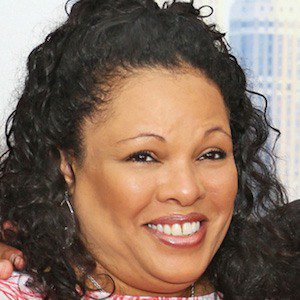 Wife of All About the Washington's.

She first appeared on television in Run's House in 2005.

Her jewelry line Brown Sugar was featured on HSN in 2007. She wrote a children's book called God, Can Your Hear Me? and also co-authored the New York Times best seller Take Back Your Family in 2008 alongside her husband.

She has four children with Joseph, Miley, Russell II and Victoria, and is a stepmother to three other children from Joseph's previous marriage, Vanessa, Angela and JoJo.

She is the mother of Miley Simmons.