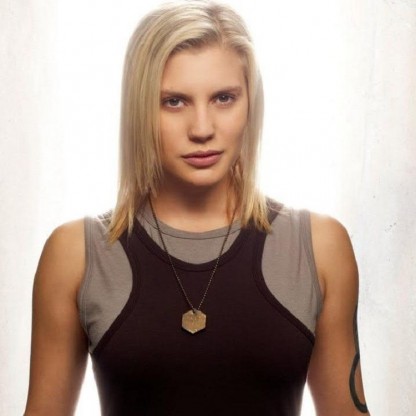 Katee Sackhoff was born on April 08, 1980 in Portland, Oregon, United States, United States, is Actress. Katee Sackhoff is an award winning American actress and producer best known for her role as ‘Starbuck’ or ‘Lieutenant Kara Thrace’ in the television series ‘Battlestar Galactica’. Her lead roles in movies like ‘Oculus’, ‘The Haunting in Connecticut 2: Ghosts of Georgia’, ‘Don’t Knock Twice’, and her character as ‘Vic’ in the television series ‘Longmire’ have also received critical acclaim from her audience. She has been nominated for various awards, and has also won a ‘Saturn Award’ (2006) for her role in ‘Battlestar Galactica’. From her early years right out of high school, she has been playing small parts on television and films like ‘Fifteen and Pregnant’ and ‘My First Mister’. She gained immense popularity in her acting career over the ensuing years. Apart from acting she has also been a voice over artist for the video game, ‘Call of Duty: Black Ops III’ and ‘Halo 3’. The talented actress is also an extremely brave lady—she is a cancer survivor in real-life who emerged victorious from her battle with thyroid cancer a few years ago.
Katee Sackhoff is a member of Film & Theater Personalities 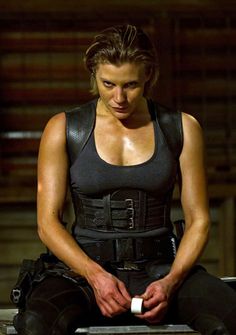 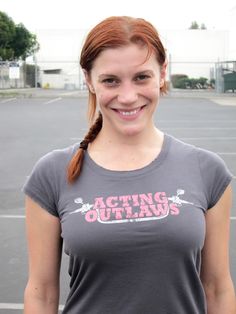 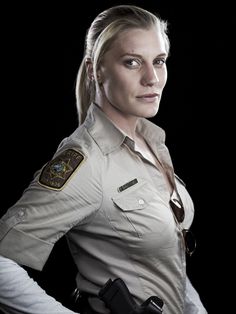 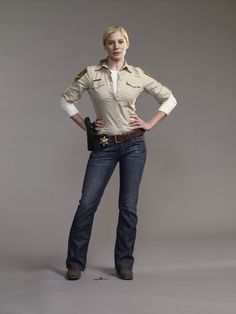 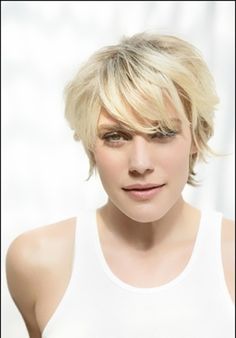 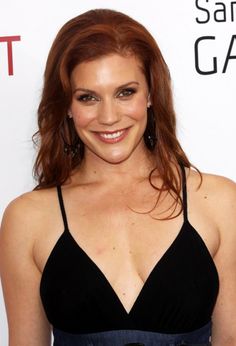 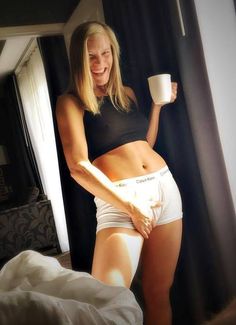 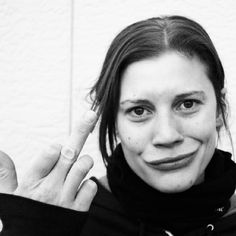 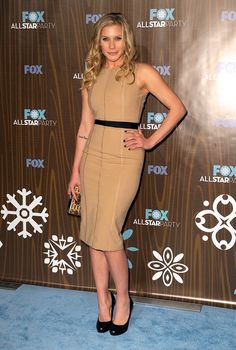 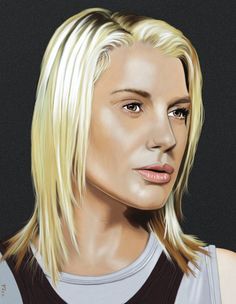 Her brother, Erick, is co-owner of a vehicle modification shop near Portland. She graduated from Sunset High School in Beaverton in 1998. She began swimming at an early age and by high school, was planning to pursue a career in the sport until her right knee was injured. This led her to begin practicing yoga—which she continues today—and to pursue an interest in acting.

Sackhoff's most notable role is as Kara "Starbuck" Thrace in the miniseries and follow-up TV series Battlestar Galactica, for which she won a Saturn Award in 2006 for Best Actress on Television. The actress's persona led the Writers to develop the character of Starbuck as a more volatile and complex character. Galactica executive Producer Ron Moore described her as having magnetism while Producer David Eick expanded stating: "We saw this whole other side that was all because of Katee: vulnerability, insecurity, desperation. We started freeing ourselves up to explore the weakness of the character, because we knew Katee could express those things without compromising the character's strength." Sackhoff said her performance was inspired by Linda Hamilton's portrayal of Sarah Connor in Terminator 2: Judgment Day: "I think that was the one character that I kind of looked to as far as body image and strength. I think I looked to her character and said, 'OK, that's kind of what you need to embody.'" Toward the end of the filming of Battlestar Galactica, Sackhoff began feeling physically weak. Soon after filming wrapped, she was diagnosed with thyroid cancer. After surgery to remove her thyroid, she required no radiation treatments and by February 2009 was in remission. In 2007, Sackhoff was cast as the evil cyborg Sarah Corvus in the short-lived NBC series Bionic Woman. David Eick, executive Producer for the show, stated, "She's a very special find. Those actors who can combine the qualities of strength and vulnerability—they usually call those people movie stars." Sackhoff plays the female lead in the action/sci-fi movie The Last Sentinel and the supernatural thriller White Noise: The Light.

Sackhoff appears as the main character in the Lifetime Original Movie How I Married My High School Crush. She has made guest appearances in Cold Case, ER, Law & Order, and Robot Chicken. Sackhoff provided the voice of a female marine in the video game Halo 3 and is featured in the viral marketing campaign for Resistance 2. In 2011, she provided the voice for Black Cat 2099 in Spider-Man: Edge of Time. She voiced Sarah Essen in the DC Comics animated film, Batman: Year One. She appears in four episodes of the fifth season of the series Nip/Tuck playing a new Doctor, Dr. Theodora Rowe. However, for the sixth season Sackhoff was replaced by Rose McGowan for the role due to scheduling conflicts. Sackhoff headlined NBC's Dick Wolf-produced cop drama Lost and Found as Tessa, "an offbeat female LAPD detective who, after butting heads with the higher-ups, is sent as a punishment to the basement to work on John Doe and Jane Doe cases." The pilot was filmed in January 2009. NBC decided not to pick up the series. In 2009, she appeared as herself in "The Vengeance Formulation" episode of the CBS situation comedy The Big Bang Theory. In the episode, she is fantasized as Howard Wolowitz's dream girl. She appears again in season 4, in the same role. Sackhoff appeared as a series regular in the eighth season of the TV series 24, playing Dana Walsh, a CTU data analyst with a secret. In February 2010, Sackhoff signed on to play the lead in an ABC crime drama pilot, Boston's Finest. ABC decided not to pick up the series.

In August 2012, Sackhoff became the co-host of the Schmoes Know Movies podcast on The Toad Hop Network. One of her first shows was with guest Sean Astin.

Sackhoff is set to star in the action–werewolf thriller Growl. She made a special appearance in the Futurama episode "Lrrreconcilable Ndndifferences". In the fall of 2010, Sackhoff joined the cast of CSI: Crime Scene Investigation as Detective Reed, a smart investigator who does not do well with sensitivity. In 2011, Sackhoff guest starred in an episode of Workaholics as a homeless drug addict named Rachel. Sackhoff co-starred as the lead female role in Longmire, an A&E/Netflix television series based on the novels by Craig Johnson. Sackhoff played Sheriff's Deputy Vic Moretti. Sackhoff played Dahl, a mercenary hired to track down Vin Diesel's intergalactic convict character in Riddick.

She has been dating actor Karl Urban since November 2014.

Of her practice of Transcendental Meditation, begun in 2015, Sackhoff has said, "What it taught me was that you can't fail at meditation."

In 2017, Sackhoff joined The CW series The Flash (2014 TV series) in the recurring role of villainess Amunet where she is billed as a "special guest star".