Kellita Smith was born on January 15, 1969 in Oakland, California, USA, United States, is Model, Actress, Comedian. Kellita Smith is an eminent American model, actress, and comedian. She is famous for appearing as Wanda McCullough in the sitcom ‘The Bernie Mac Show’ and as Lieutenant Roberta Warren in the TV series ‘Z Nation’. Besides these, she has appeared in the shows ‘Martin’, ‘The Jamie Foxx Show’ and ‘The First Family’. Smith has also acted in tons of plays including ‘Tell It Like It Tiz’, ‘Feelings’, ‘No Place to be Somebody’, ‘The Thirteenth Thorn’ and ‘One Woman Two Lives’. Talking about the actress’ big screen projects, she has contributed to several films, such as ‘The Crossing Guard’, ‘Kingdom Come’, ‘Feel the Noise’, ‘The Love Section’, ‘Conspiracy X’ and ‘The Man in 3B’ to name a few. Smith has also done a number of TV movies and short films in her acting career. Today, Smith has become one of the biggest inspirations for newcomers in the industry. Apart from fetching a NAACP Theatre Award for Best Supporting Actress, she has also managed to earn the love of millions of people.
Kellita Smith is a member of Models 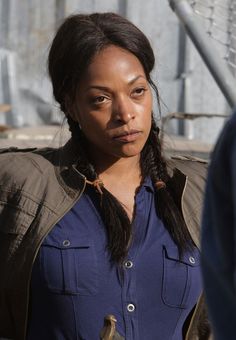 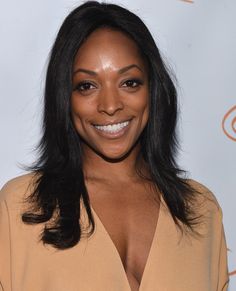 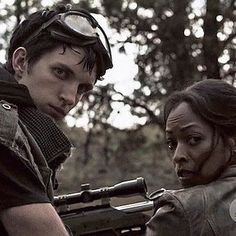 In early years, Smith worked as a model. Smith began her acting career on stage in a regional productions of Tell It Like It Tiz. Other theatrical credits include the Los Angeles productions of No Place to be Somebody at the K.C. Theatre Company, Feelings (The Hudson Theatre) for which she won an NAACP Theatre Award for Best Supporting Actress in 1996, The Thirteenth Thorn (Complex Theatre) for which she was nominated for an NAACP Theatre Award for Best Actress, and One Woman Two Lives, which premiered at The Imagined Life Theater in July 2009.

On television, Smith made her debut in an episode of In Living Color and later guest-starred on Living Single, Moesha, 3rd Rock from the Sun, The Parkers and NYPD Blue. She had the recurring roles in Martin, Sister, Sister, Malcolm & Eddie and The Jamie Foxx Show. In 2001 she was cast opposite Bernie Mac in the Fox sitcom The Bernie Mac Show. The series aired on Fox for five seasons from 2001 to 2006. She was nominated four times for a NAACP Image Award for her role as Wanda McCullough on The Bernie Mac Show. In film, Smith co-starred alongside Mo'Nique in the Hair Show (2004), and later appeared in Fair Game, King's Ransom, Roll Bounce and Three Can Play That Game.

In 2012, Smith returned to television with the role of First Lady Katherine Johnson in the syndicated sitcom, The First Family. In 2014, Smith was cast as Roberta Warren in the Syfy post-apocalyptic series, Z Nation. In this role, she also appeared on Sharknado 3: Oh Hell No! in 2015.