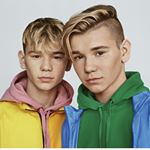 Offensive lineman for the NFL who was picked by Dallas Cowboys in March of 2018.

He attended Crenshaw High School in Los Angeles, California. He was All-L.A. City Offensive Lineman of the Year and Los Angeles Times All-Star as a senior, helping Crenshaw win the 2010 L.A. City Division I championship.

He started 24 out of the 26 games he played with the 49ers, but fell out of favor with the team after three seasons and wound up moving to the Cleveland Browns. He remained with Cleveland for one season in which he barely played.

He was born and raised in South Central LA.

Along with Martin, the Cowboys also signed Allen Hurns and Cameron Fleming to round out their team for the 2018 season.