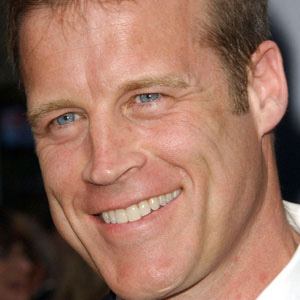 Actor who played the role of Brad Chase on the TV drama Boston Legal.

He made his big screen debut in the 1993 film The Innocent, while serving in the United States Army.

He played the role of Oliver Richard on Harry's Law.

He was once married to Fringe co-star Ana Torv.

In Human Target, a Fox drama, he acted alongside Chi McBride.