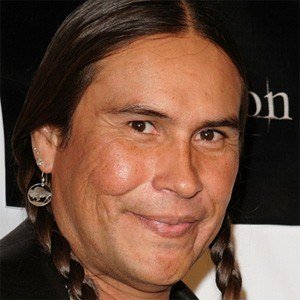 Native American actor and musician best known for his appearances on History Channel programs like Comanche Warrior and his drumming in bands like Brule.

He made his first acting appearance as Crazy Horse on the TV mini-series The Wild West.

He starred in the film Rez Bomb, which became one the first films set on a Native American reservation.

He is a descendant of the warrior Brings Plenty, who fought in the Battle of Little Big Horn.

He appeared in the 2011 action comedy Cowboys & Aliens, directed by Jon Favreau.