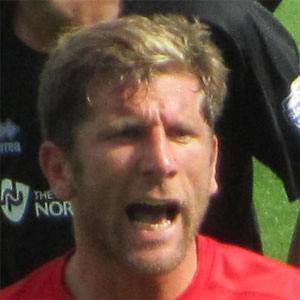 Former striker who scored 121 goals across his 574-game career which spanned from 1995 to 2013 with such teams as Preston North End and Sheffield United.

He spent his youth career with York City before debuting for the club's senior squad in 1995.

He was born in Bridlington, England.

He and midfielder Michael Tonge were teammates on Sheffield United.