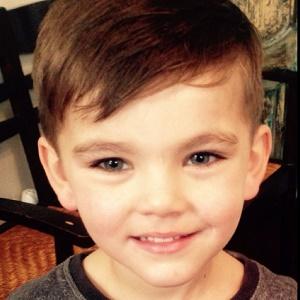 Member of the famous Robertson family that stars in Duck Dynasty. He is the son of Jessica Robertson.

He was 2 1/2 years old when Duck Dynasty first aired.

His siblings are Priscilla and Jules.

His grandparents are Phil Robertson.