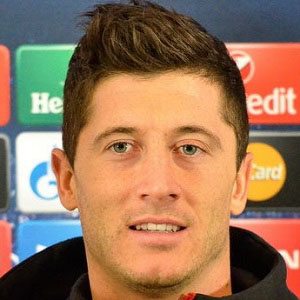 He played youth soccer for Varsovia Warsaw from age 9 to 16.

He was the II Liga's top goal scorer while playing for Znicz Pruszkow in 2007.

He was raised with a sister named Milena. He married Klara.

He was joined by Marco Reus on Borussia Dortmund in 2012.