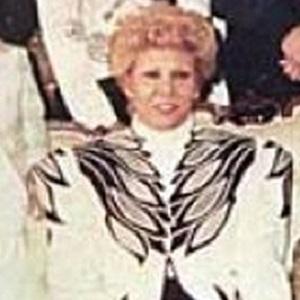 Famous as the wife of Iraqi President Saddam Hussein, Talfah was married to the infamous leader from 1958 until his execution in 2006.

She became acquainted with Saddam during her childhood years, as he was her first cousin and was actually raised in her family's home. Before her arranged marriage to Hussein, Talfah worked as a schoolteacher.

When Hussein took a second wife, Samira Shahbandar, without Talfah's knowledge or consent, Talfah harshly objected. To express his support for his mother, as well as his anger over the potential threat to his inheritance, Uday Hussein murdered Kamel Hana Gegeo, a former Saddam Hussein bodyguard whom Uday held responsible for having introduced Shahbandar to Hussein.

Her father, Khairallah Talfah, was a leader in the Iraqi Ba'ath Party. Her marriage to Saddam Hussein resulted in sons named Uday and Qusay and daughters named Raghad, Rana, and Hala.

She was portrayed by Iranian-born actress Shohreh Aghdashloo in a 2008 BBC special titled House of Saddam.