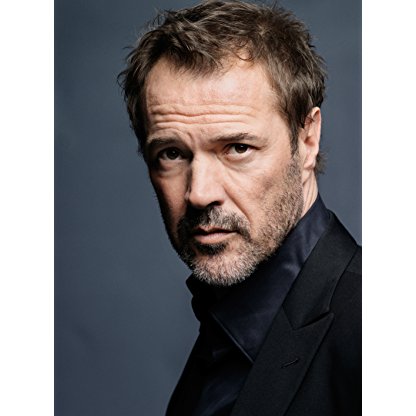 Sebastian Koch was born on May 31, 1962 in  Karlsruhe, Baden-Württemberg, Germany, Germany, is Actor, Soundtrack. On stage, television or the movie theatre screen Sebastian Koch is undeniably one of Germany s most multi-faceted and successful actors. Born in Karlsruhe, Germany, May 31, 1962, he spent his childhood and youth in Stuttgart, southwestern Germany. He planned to become a musician, but in the late seventies a Stuttgart theater production by director Claus Peymann, inspired him to change his professional direction and choose a career as an actor. He graduated in 1985 from the renowned Otto Falckenberg School of Acting in Munich. Initial career performances at Munich´s Theater der Jugend were followed by roles including Schiller s "Die Raeuber", Goethe s "Iphigenie", and "Dirty Dishes" from Nick Whitby in engagements at the Staedtischen Buehnen Ulm, the Staatstheater Darmstadt and the Staatlichen Buehnen Berlin. In 1986 he commenced his television career debuting on the side of Commissioner Helmut Fischer in the famous long-running German television Sunday night crime series "Tatort"-- "Die Macht des Schicksals." Innumerable crime stories and thrillers followed but it was in 1997 when director Heinrich Breloer cast Koch as Andreas Baader in the highly-acclaimed movie-of-the week two-parter "Todesspiel" which overnight changed his career. Five years later in 2002 Sebastian Koch achieved a feat not achieved in over 30 years of German television, he was awarded the coveted Grimme Prize for the leading roles in two television films, "Der Tanz mit dem Teufel - Die Entfuehrung des Richard Oetker", the story of the abduction of the heir to the Oetker fortune, as well as for his role in the three-part historical family drama "The Manns". The production "The Manns" was awarded Germany's esteemed honor as the "Television Event of the Year 2002". Koch received additional accolades for his role as Klaus Mann, including the Bavarian Television Prize. His international breakthrough came with the historical mini-series "Napoleon," alongside prominent colleagues including Gerard Depardieu, John Malkovich and Isabella Rossellini, and his role as Cathereine Deneuve's young lover, Rodolphe Loewenstein in "MARIE AND FREUD". Koch' s continued choice of roles in his career have provided an extremely intense examination of many personalities and themes pertaining to German history. Beginning theatrically in Constantin Costa-Gavras adaptation of Rolf Hochhuth's "AMEN" released in 2002, and then in successive German television events including the 2001 production of "The Tunnel", a two-part movie-of-the-week from Roland Suso Richter about the underground tunnel built from west to east Berlin which succeeded in enabling 100 people to flee the GDR; followed in 2003 with director Peter Keglevic's historical drama "Zwei Tage Hoffnung" about the infamous strike in the former GDR on June 17, 1953; and, the next year, in "Operation Valkryrie", the spectacular docu-drama from Jo Baier, awarded the German Television Prize, about the aristocratic soldier Clemens von Stauffenberg's perfect plot in 1944 to murder Hitler by smuggling a bomb into Hitler's bunker. In 2005 Koch collaborated for the third time with director Heinrich Breloer in "Speer and Hitler", the story of Hitler and his architect Albert Speer, garnering Koch both the German Television Prize and Bavarian Television Prize for Best Actor. Sebastian Koch was awarded the Bambi Award for Best Male German Actor 2006. Sebastian Koch is drawn to complex, flawed characters with rough edges. A particular loneliness and/or reclusiveness surrounds Koch's characters, even a certain sadness through which he finds the energy and tension for his roles. In 2006 his stunning performance as GDR dramatist/playwright Georg Dreymann in Florian Henkel von Donnermarck's Oscar-winning theatrical success, the Stasi-drama, "THE LIVES OF OTHERS" earned him the 2007 Italian Foreign Press Award, the Globo d'Oro for Best European Actor. In Paul Verhoeven s film "BLACK BOOK", which celebrated in 2006 premieres in Venice and Toronto and was nominated from the Netherlands for the 2007 Academy Award for Best Foreign Language Film, Koch played the lead role as a Nazi officer in German-occupied Holland who falls in love with a Jewish Resistance Fighter (Carice van Houten). Under the direction of Hermine Huntgeburth ("The White Massai") alongside Julia Jentsch, Koch was most recently shooting EFFIE in the role of Geert von Instetten in the novel adaptation of "Effi Briest" by Theodor Fontane. Following the productions in Winter 2007/2008 of "Gegen den Strom" (Against the Current) and "The Interrogation of Harry Wind," Koch will travel to Canada for the lead role in the international coproduction of Jack London s classic "The Sea Wolf." The English language TV production, written by Nigel Williams ("Elizabeth I.") is being directed by Brit Mike Barker. Koch s German and international theatrical successes include the 2003 remake of Erich Kaestner s children s classic "DAS FLIEGENDE KLASSENZIMMER" from director Tomy Wiegand and "GLOOMY SUNDAY" from Rolf Schuebel (1999). In Spring 2007 Warner Brothers Germany released the family comedy sequel "RENNSCHWEIN RUDI RUESSEL 2" from Peter Timm. Sebastian Koch is alongside his theatrical and television activity a sought after reader for literary and musical audio books and the live performances of these productions. He returned to the theatre stage in 2006 after a long absence, performing the role of Lord Goring in Oscar Wildes "An Ideal Husband" under the direction of Armin Holz, a celebrated critical and audience success at the distinguished Schauspielhaus Bochum.Sebastian Koch makes his home in Berlin and has a daughter.
Sebastian Koch is a member of Actor 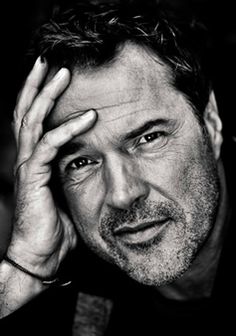 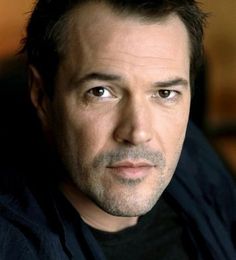 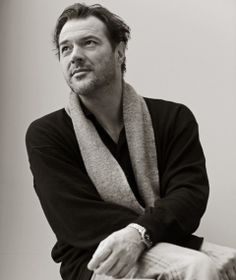 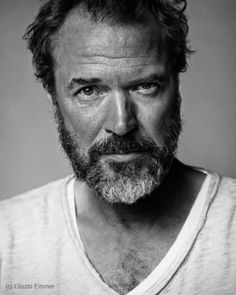 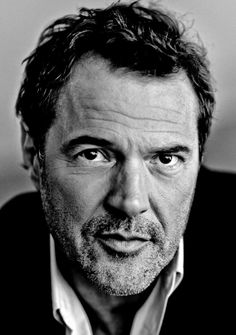 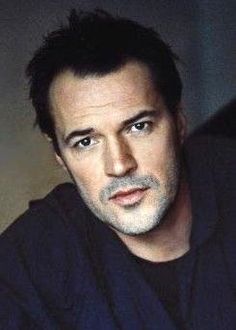 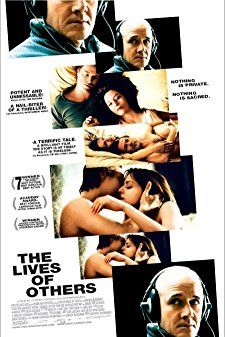 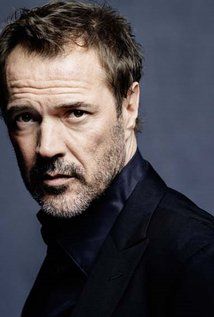 Koch has portrayed historically significant personalities, among Rudolf Höss in Costa-Gavras Hochhuth’s adaptation Amen (Der Stellvertreter). He appeared in The Tunnel, a made-for-television German film about the idea of going underground by digging a tunnel shortly after the construction of the Berlin wall in 1961, and in Peter Keglevic’s historical drama Two Days of Hope about the uprising on June 17, 1953. Koch appeared in Stauffenberg (2004 by Jo Baier and winner of the German Film Award); and he played Albert Speer in Heinrich Breoler’s mini series Speer und Er in 2004 - his third collaboration with the Director following Todesspiel and The Manns – A Novel of the Century. He received for his performance as the Nazi Architect Albert Speer the German TV Award.

Koch grew up in Stuttgart with his single mother. He originally wanted to be a musician, but a production of the artistic Director Claus Peymann influenced him in the late 1970s to change his career aspiration to becoming an actor.

Koch had his first TV appearance in 1980 in the 77th episode of the series Derrick, followed by an episode in the popular crime series Tatort in 1986. He acted in numerous thrillers like Der Mann mit der Maske, Die brennende Schnecke and in 1997 in Heinrich Breloer’s Heinrich Breloer's two-piece Todesspiel (de), in which he portrayed the role of Andreas Baader.

From 1982 to 1985 Koch studied at the renowned Otto Falckenberg School in Munich. In addition to his cinematic work, he played a diversity of different roles on stage. Koch portrayed amongst other Peer Gynt and Leonce in Leonce and Lena at the municipal theatre of Darmstadt. At the Schiller theatre in Berlin he played the character Roller in Schiller's The Robbers and Orest in Goethe's Iphigenie auf Tauris. A couple of years later he took over the role the Lord Goring in Oscar Wilde's An Ideal Husband in the playhouse Bochum under the direction of Armin Holz.

Sebastian Koch appeared in Florian Henckel von Donnersmarck's drama The Lives of Others in 2006 as one of the leading roles. He portrayed the Playwright Georg Dreyman, who lived in East Germany with his lover, a dissident who was spied on and monitored. The movie received an Oscar for Best Foreign Language Film in 2007 as well as the BAFTA Award, the César, and the German and European Film Award. Koch himself was nominated several times for his work in The Lives of Others and received the Globo d'oro for Best European Actor, The Quadriga, and the Bambi.

Koch twice lent his his voice to the audiobook edition of Brigitte - Strong Voices. In 2007 he recorded the novel A perfect friend (Martin Suter) followed by the crime story On the twelfth day (Wolfgang Schorlau) in 2014.

Koch was in 2010 the male title role in the English independent tragicomedy Albatross under the direction of Niall MacCormick. He played in addition the role of Prof. Bressler in the movie Unknown (with Liam Neeson and Diane Kruger) under the direction of Jaume Collet-Serra. In the summer of 2010 he took a guest role alongside Eva Green and Joseph Fiennes in the TV series Camelot from the Irish RT Film production, followed by the UFA production Bella Block - Stich ins Herz under the direction of Stephan Wagner, in which Koch played the role of Max Klöckner. As a host of the ZDF production Terra X, Koch presented the Cologne Cathedral, the Neuschwanstein Castle and the Dresden Frauenkirche.

Koch has frequently served as an interpreter of both literary and musical-literary audiobooks and live performances of such. Current projects include Schumann - Scenes of a marriage (with Martina Gedeck) about the exchange of letters between Clara and Robert Schumann, and accompanied by Argentinean bandoneon virtuoso Roberto Russo Koch has also presented excepts from The Player by Dostoyevsky. The premiere of a play reading of Rhapsody: A Dream Novel by Arthur Schnitzler - accompanied by compositions especially for jazz - took place at the Literature and Poetry Festival in Bad Homburg in 2011.

In 2012 he produced the audio book Koch is reading Heuss about speeches and letters by Theodor Heuss in collaboration with Cherbuliez Productions.

In 2013, Ridley Scott (director and producer) began working on The Vatican, a pilot episode for a Showtime series about intrigues concerning the Pope and mysteries and secrets within the Catholic Church. Koch played the role of the Vatican’s secretary Cardinal Marco Malerba, who is one of the true potentates of the inner circle.

In 2014 Koch was also part of Steven Spielberg’s historical dramatic thriller Bridge of Spies about the negotiations of the release of spies between the East and West. Lawyer James B. Donovan (Tom Hanks) is thrown into the centre of the Cold War and East German Lawyer Wolfgang Vogel (Koch) is a key figure in the process. The movie premiered at the New York Film Festival and was nominated for the 2016 Academy Award for Best Picture.

Eventually in 2015 Koch began shooting the fifth season of the Showtime series Homeland about bipolar CIA Officer Carrie Mathison (Claire Danes). After leaving the CIA Carrie now works for German Billionaire Otto Düring (Koch), a philanthropist who uses the money his family made through affiliation with the Nazis to help struggling people around the world, including in volatile regions of the Middle East. Düring hires her to be his head of security in Berlin.

The biographical romantic drama film The Danish Girl by Academy Award winner Tom Hooper (The King’s Speech) is about one of the first known recipients of sex reassignment surgery. Koch portrays Kurt Warnekros, a Doctor at the Dresden Municipal Women’s Clinic, who was one of the first to carry out such operations. The cast furthermore includes Eddie Redmayne and Alicia Vikander.