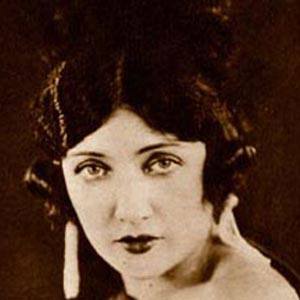 American actress who played supporting roles in 'Manslaughter,' 'The Barrier,' and other silent films of the 1920s.

She appeared on Broadway in the 1913 musical revue, 'Ziegfeld Follies.'

Her Hollywood career was short-lived, and she retired from the business at the end of the silent film era.

Her birth name was Sylvia Day, and she was born and raised in New York City.

She made her on-screen debut in director Cecil B. DeMille's 1921 film "Forbidden Fruit."