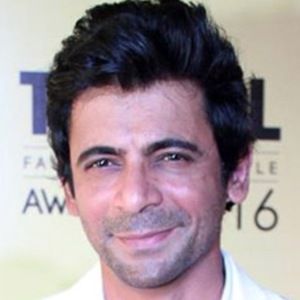 Actor and standup comedian who rose to fame for his iconic character Gutthi on the sketch comedy series Comedy Nights with Kapil with Kapil Sharma. He then went on to star on The Kapil Sharma Show.

He was discovered by renowned satirist Jaspal Bhatti while he was in college. Shortly after, he earned his first credit in the silent comedy series Gutur Gu.

He and Manish Paul co-created the Star Plus comedy series Mad in India.

He was born to J.N. Grover in Mandi Dabwali, India.

He made his debut in his mother tongue in the Punjabi film Vaisakhi List alongside Jimmy Shergill.