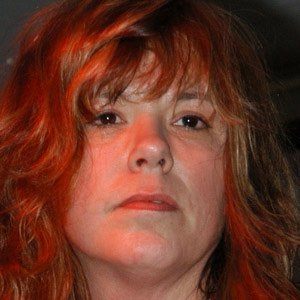 A member of the successful family pop band The Cowsills, she sang the group's most popular track, "Hair." She later became an acoustic guitarist, vocalist, and songwriter for the rock band the Continental Drifters.

She debuted with The Cowsills when she was only nine years old, contributing to the band's albums We Can Fly (1968) and Captain Sad and His Ship of Fools (1968), as well as to the hit single "Indian Lake."

She wrote, performed, and released a track titled "Crescent City Sneaux" in response to the 2005 Hurricane Katrina disaster, which had caused the death of her brother Barry.

Born in Canton, Ohio, to Barbara and Bud Cowsill, she is the younger sister of fellow The Cowsills members John Cowsill, Bill Cowsill, and Barry Cowsill. With her first husband, Peter Holsapple, she has a daughter named Miranda; her second marriage, to Russ Broussard, began in 2003.

In the 1990s, she and her sister-in-law and musical collaborator, Vicki Peterson, formed a music duo called The Psycho Sisters.