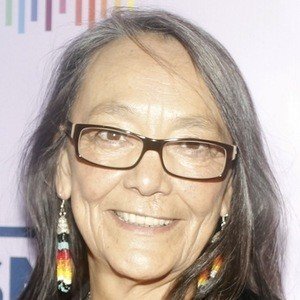 Canadian actress who has appeared in many film and television roles, including Dances with Wolves in 1990.

She started her career by appearing in a docudrama for the Canadian Broadcasting Corp.

Her ancestry is a mix of American Aboriginal, Cree, and French.

She appeared in The Hi-Line, starring Rachael Leigh Cook.