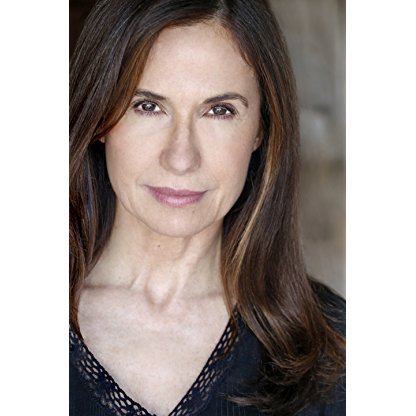 Ana Alicia was born on December 12, 1956 in  Mexico City, Distrito Federal, Mexico, Mexico, is Actress, Soundtrack. Born in Mexico City, Mexico on December 12, 1956, Ana Alicia became the third of four children to Carlos Celestino Ortiz and Alicia Torres Ortiz. She grew up in El Paso, Texas from age 6 after the passing of her father. There, she lived with her grandmother, widowed mother, her uncle Louie and three siblings in a house her father had purchased for her grandmother.Ana Alicia received a full scholarship to attend the prestigious Wellesley College in Massachusetts. Upon arrival, Ana Alicia auditioned and won the lead role for Jules Feiffer's "Crawling Arnold". On summer break after her freshmen year, Ana Alicia auditioned for The Adobe Horseshoe Dinner Theatre outside El Paso, Texas. The theatre offered her a position as a recurring actress in all feature productions. The opportunity would allow her to work with name actors from Hollywood and New York and receive a large weekly salary. She accepted the offer and also acquired her actor's equity card through her term. She left Wellesley and finished her education at The University of Texas at El Paso (UTEP). Ana Alicia spent the next three years, performing in main stage productions at UTEP as well as having significant roles in the Adobe Horseshoe repertoire.After graduation, Ana Alicia moved to Los Angeles and struggled to attain success as an actress while studying for her law school entrance exam. Six months later, her big acting break came when she won the role of Alicia Nieves on ABC's Ryan's Hope (1975). According to Ana Alicia, working on the show in New York was exciting - not only because it was an acting job, but because she was a fan of the the show. Although the role was a secondary one - Nieves had romances with policeman Bob Reid and Dr. Pat Ryan. It provided her with much-needed exposure.After 15 months, Ana Alicia left the show to become one of the last Universal Studios contract players. She moved to Los Angeles and in addition to her work as a contract player, she attended Southwestern University Law School at night. As she acquired larger roles that required her to leave town, it became impossible to continue the grueling schedule of acting during the day and studying for school at night. She had to make a choice so she sat down and wrote the pros and cons of each decision and when she realized her passion was to act, she made the very difficult decision to drop out of law school. Once she was focused, her career began to open up quickly.She landed several roles on major television films and series' episodes. Within a year, the Universal terminated their contract player department. It was the end of an era. Soon after, her teacher Milton Katselis suggested she stop playing virginal roles and turn to roles such as the tortured, sexually deprived Maggie in "Cat on a Hot Tin Roof". Exploring this previously undiscovered part of her acting range, Ana Alicia pursued an audition for Falcon Crest (1981). In the room was a female casting director Doris Sabbagh along with Earl Hamner, Robert McCollough, and Larry Elikann. Ana Alicia's job was to seduce Lorenzo, played in the room by Doris. As Ana Alicia ran her fingers up Doris' stockings, conservative Southerner Earl Hamner stood up and stopped the scene, and said, "Thank you very much. That was wonderful." Less than an hour later, Ana Alicia's agent called to let her know she had won the role of Melissa Agretti.Ana Alicia was on the show for seven years, playing the ambitious, scheming Melissa Agretti, and playing opposite Jane Wyman as Angela Channing and a plethora of handsome men. In October of 1988, Ana Alicia was written out of Falcon Crest (1981), and the show subsequently dropped considerably in the ratings. In a last ditch attempt to revitalize the show, she was brought back to the show later that season as a look-a-like of Melissa's, named Samantha Ross. The guest stint was short-lived and Ana Alicia quickly moved on to other projects, including the TV movies Miracle Landing (1990) and Rio Shannon (1993), as well as the feature film, Romero (1989). Ana Alicia has also devoted much of her time to various animal and human causes. She was the national spokesperson for the Humane Society, and has presented awards promoting Hispanic achievements in the media on behalf of the Golden Eagle Awards. Lorenzo Lamas was co-presenter.In 1991, while in France hosting an episode of The World's Greatest Stunts for GRB Entertainment, she met and fell madly in love with her now husband Gary Benz. In 1996, after finishing the pilot for Acapulco Heat, Ana Alicia made the decision to leave her acting career and invest in being a mother to her two young children Cathryn and Michael, her new passion in life.In March 2015, having raised her children and with her youngest in college, she returned to her first love but as a producer opening up her own production company Quebrada Entertainment: its purpose is to develop scripted and unscripted film and television that reaches a culturally and demographically diverse audience across all genres through the development and execution of quality storytelling.
Ana Alicia is a member of Actress 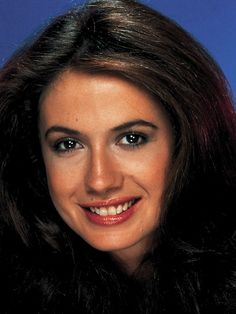 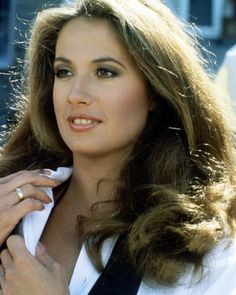 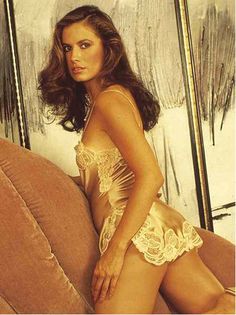 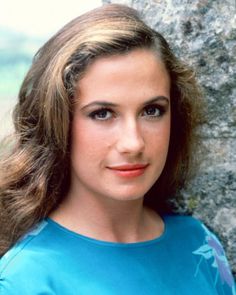 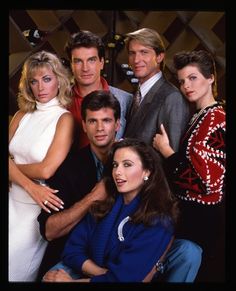 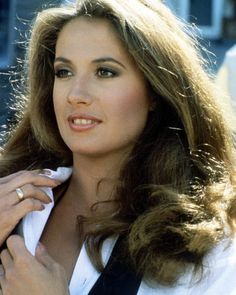 Alicia sang two songs on the soap, Falcon Crest. The first song was "Goody Goody", a famous 1936 song composed by Matty Malneck with lyrics by Johnny Mercer. The song was first sung by Bing Crosby. The second song was "Body and Soul". It was written by Edward Heyman, Robert Sour, Frank Eyton and Johnny Green in 1930. The song was presented by Libby Holman in the revue Three's a Crowd and used as the theme of the 1947 film, Body and Soul, becoming a jazz favorite.

She was born as Ana Alicia Ortiz in Mexico City to Carlos Celestino Ortiz and Alicia Torres Ortiz, who ran businesses in Acapulco, Mexico. She was the third of four children. Her family moved to El Paso, Texas when she was a child of 6 years old after the passing of her father. There, she lived with her grandmother, widowed mother, her uncle Louie and three siblings in a house her father had purchased for her grandmother. Upon graduating high school in 1972, Ortiz earned a scholarship to Wellesley College. Upon arrival at Wellesley College, Ana Alicia auditioned and won the lead role for Jules Feiffer's "Crawling Arnold". On summer break after her freshmen year, Ana Alicia auditioned for The Adobe Horseshoe Dinner Theatre outside El Paso, Texas. The theatre offered her a position as a recurring Actress in all feature productions. The opportunity would allow her to work with name actors from Hollywood and New York and receive a large weekly salary. She accepted the offer and also acquired her actor's equity card through her term. She left Wellesley College, instead pursuing her bachelor's degree in drama at the University of Texas at El Paso to be closer to her mother and three brothers. Her first professional role under an AEA contract was as one of the Pigeon Sisters in a production of The Odd Couple starring Bob Denver at The Adobe Horseshoe Dinner Theater in El Paso.

After earning her degree in 1977, Ortiz moved to Los Angeles and started auditioning for roles in various productions. She won the part of Alicia Nieves on Ryan's Hope, a daytime soap opera, moving to New York City for taping. After fifteen months on the show, Ortiz moved back to Los Angeles part-time and kept auditioning while attending law school at Southwestern University at night back in Texas. Eventually, her acting opportunities suffered and she decided to pursue acting full-time.

Now going by "Ana Alicia" professionally, she landed several guest roles in episodic television, including Starbuck's love interest, Aurora, in the 1979 Battlestar Galactica episode "Take the Celestra" and Gloria Alonzo in the episode "Space Croppers" of the series sequel Galactica 1980. Between these she appeared as Falina Redding in the Buck Rogers in the 25th Century episode "Vegas in Space." Then, she played a major role in the 1981 TV movie Coward Of The County, which also starred Kenny Rogers and was based on his hit song of the same name. Next Ana Alicia auditioned for the role of spoiled, selfish vineyard heiress Melissa Agretti on Falcon Crest as a replacement for Actress Delores Cantú who had played Melissa for one episode in early 1982. Melissa went on to become the series' "love to hate" character and a firm fan favorite, as a worthy rival for the show's arch-villainess Angela Channing, played by Jane Wyman. In 1979 Ana Alicia appeared in the made-for-TV movie The Sacketts as Drusilla, the love of Tyrell Sackett. The movie was based on the Louis L'Amour books The Sacketts and The Daybreakers. Ana Alicia appeared in the 1983 TV-movie, Happy Endings, opposite John Schneider and her former Ryan's Hope co-star, Catherine Hicks.

In 1989, Ortiz appeared with Raúl Juliá in the movie Romero, her only non-television film role apart from Halloween II in 1981. Then in 1990, Ana Alicia appeared in the 1990 made-for-TV movie Miracle Landing as FLIGHT attendant Michelle Honda. The film is based on an in-flight accident aboard Aloha Airlines FLIGHT 243 that occurred in April 1988. Ana Alicia continued to play guest roles on episodic television, including two episodes in the action series Renegade which reunited her with her former Falcon Crest screen husband Lorenzo Lamas. This was her last known acting role. She has taken a hiatus to raise her family.

Alicia married Gary Benz on April 24, 1994, and they divorced in 2016. They have two children, including Actress Cathryn Dylan.

In October 2010, Ana Alicia appeared in a promotional video for the Norwegian television show Gylne Tider. She and other celebrities filmed a cover of The Beatles song "Let It Be."