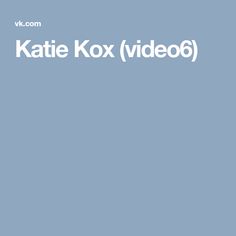 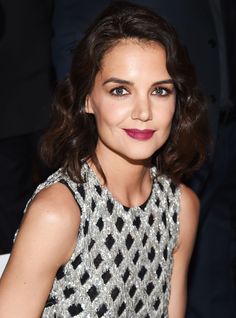 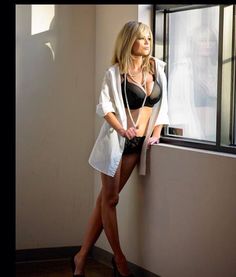 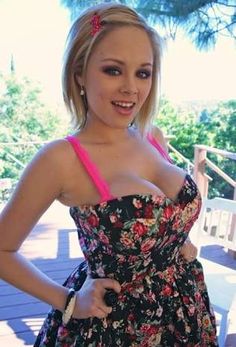 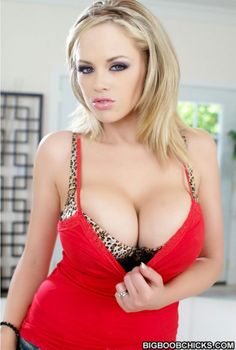 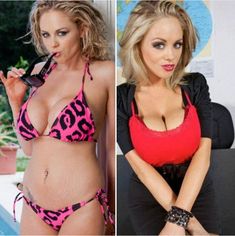 I felt it was a subject well worth exploring. Following the show, and in fact before it even aired, there was criticism that the program was too anti-vaccine and anti-science, and in retrospect, some of that criticism was valid. We simply spent too much time on the serious adverse events that have been reported in very rare cases following the vaccine. More emphasis should have been given to the safety and efficacy of the HPV vaccines.

Couric attended Arlington Public Schools: Jamestown Elementary, Williamsburg Middle School, and Yorktown High School and was a Cheerleader. As a high school student, she was an intern at Washington, D.C. all-news radio station WAVA. She enrolled at her father's alma mater, the University of Virginia, in 1975 and was a Delta Delta Delta sorority sister. Couric served in several positions at UVA's award-winning daily newspaper, The Cavalier Daily. During her fourth year at UVA, Couric was chosen to live as Senior Resident (SR) of The Lawn, the heart of Thomas Jefferson's Academical Village. She graduated in 1979 with a bachelor's degree in American Studies.

Couric's first job in 1979 was at the ABC News bureau in Washington, D.C., later joining CNN as an assignment Editor. Between 1984 and 1986, she worked as a general-assignment reporter for the then-CBS affiliate WTVJ in Miami, Florida. During the following two years, she reported for WRC-TV, the NBC owned- and -operated station in Washington, D.C., work which earned her an Associated Press award and an Emmy.

Couric married attorney John Paul "Jay" Monahan in 1989. She gave birth to their first daughter, Elinor Tully "Ellie" Monahan, in Washington, D.C., in 1991; their second daughter, Caroline "Carrie" was born in New York City in 1996. Her husband died of colon cancer in 1998 at the age of 42. Couric then became a spokeswoman for colon cancer awareness. She underwent a colonoscopy on-air in March 2000, and, according to a study published in 2003 in Archives of Internal Medicine, may have inspired many others to get checked as well: "Katie Couric's televised colon cancer awareness campaign was temporarily associated with an increase in colonoscopy use in two different data sets. This illustrates the possibility that a well-known individual can draw attention and support to worthwhile causes."

In 1989, Couric joined Today as national political correspondent, becoming a substitute co-host in February 1991 when Norville went on maternity leave. Norville did not return and Couric became permanent co-anchor on April 5, 1991. In 1994, she became co-anchor of Now with Tom Brokaw and Katie Couric—an evening time weekly TV newsmagazine with Tom Brokaw—which was later terminated and folded into part of Dateline NBC, where her reports appeared regularly and she was named the anchor. She remained at Today and NBC News for fifteen years until May 31, 2006, when she announced that she would be going to CBS to anchor the CBS Evening News, becoming the first solo female anchor of the "big three" weekday nightly news broadcasts.

Couric hosted or worked on a number of news specials, like Everybody's Business: America's Children in 1995. Similar entertainment specials were Legend to Legend Night: A Celebrity Cavalcade in 1993, and Harry Potter: Behind the Magic in 2001. Couric has also co-hosted the opening ceremonies of the Olympic Games. She has broadcast with Bob Costas, beginning with the 2000 Summer Olympics.

Couric is the author of two children's books and a non-fiction collection of essays. Her children's books The Brand New Kid (2000) and The Blue Ribbon Day (2004) were illustrated by Marjorie Priceman and published by Doubleday. The Brand New Kid topped the New York Times best seller list for children's picture books, and was adapted into a 2006 musical by Melanie Marnich and Michael Friedman. Couric's third book, The Best Advice I Ever Got: Lessons from Extraordinary Lives, was published by Random House in 2011. The book is a collection of essays compiled over the past year by Couric; contributors include New York City Mayor Michael Bloomberg, Queen Rania of Jordan, and former Today Show colleague Matt Lauer. Couric said that a 2010 convocation keynote address she gave inspired her to write the book. To this end, all profits of the book will be donated to Scholarship America.

Her sister Emily Couric, a Virginia Democratic state senator, died of pancreatic cancer at the age of 54 on October 18, 2001. Couric gave a eulogy at the funeral. She pointed out that it irritated Emily when people asked her if she was Katie Couric's sister. She told the mourners, "I just want you to know I will always be proud to say 'I am Emily Couric's sister'." Couric has two other siblings, Clara Couric Bachelor and John M. Couric, Jr.

In a media crossover to animated film, Couric was the voice of news-reporter "Katie Current" in the US version of the film Shark Tale. She has also made cameo appearances in Austin Powers in Goldmember (as a Georgia State Prison guard) and an episode of General Hospital (as a Journalist pretending to be a doctor: a storyline she helped create). She guest-starred as herself on the CBS sitcom Murphy Brown in 1992 and in the NBC sitcom Will & Grace in late 2002, and made a cameo appearance on a Pawn Stars episode. On May 12, 2003, she traded places for a day with Tonight Show host Jay Leno. Couric also co-hosted NBC's live coverage of Macy's Thanksgiving Day Parade from 1991 until 2005. Couric delivered the graduation speech at her alma mater University of Virginia on May 20, 2012, at Randolph-Macon College on June 1, 2013, and at Princeton University on June 1, 2009. She also works with Carmen Marc Valvo to help publicize the deadliness, yet preventability, of colorectal cancer. On May 16, 2010, Couric received an honorary Doctor of science degree for her efforts in raising awareness of colorectal cancer and for her commitment to advancing medical research from Case Western Reserve University, and later gave the university's 2010 convocation keynote address.

Couric was the honored guest at the 2004 Multiple Myeloma Research Foundation fall gala. As the Guest of Honor for the inaugural American Cancer Society Discovery Ball, Couric was recognized for her leadership in increasing cancer awareness and screening. In 2011, Couric became the Honorary National Chair of the National Parkinson Foundation's Moving Day campaign, a grassroots campaign to spotlight Parkinson's disease awareness on a national level. Couric's father died in 2011 at age 90 from complications due to Parkinson's disease.

On October 7, 2005, as part of National Breast Cancer Awareness Month, Couric broadcast her own mammogram on the Today show, in the hopes of recreating the "Couric Effect" around the issue of breast cancer.

Couric led CBS News' coverage of the 2006 midterm elections, the 2008 Presidential election and conventions, and 2010 midterm elections. Couric was the first network anchor on the ground in Port au Prince after the 2010 Haiti earthquake. After the BP oil spill, Couric anchored from the Gulf Coast weekly and brought much attention to the disaster. She reported from Cairo's Tahrir Square during the Egyptian Revolution in 2011. In April 2011, she led CBS News' coverage from London for the Wedding of Prince william, Duke of Cambridge, and Catherine Middleton.

The Sarah Palin interviews with Katie Couric were a series of interviews Couric taped with 2008 U.S. Republican Vice Presidential nominee Sarah Palin. The interviews were repeatedly broadcast on television before the 2008 U.S. presidential election. Couric received the Walter Cronkite Award for Journalism Excellence for the interviews. Steve Schmidt, McCain's senior campaign strategist and advisor, later reflected on the interview, saying "I think it was the most consequential interview from a negative perspective that a candidate for national office has gone through..."

Couric was the only solo female evening news anchor in the United States, until December 21, 2009 when Diane Sawyer succeeded the retiring Charles Gibson for ABC World News. Couric and Sawyer were previous rivals as the hosts of Today and Good Morning America, respectively.

Throughout the 2010s, Couric served as executive Producer on several films. In 2014, Couric was an executive Producer and narrator for the documentary Fed Up, examining the food industry and obesity in the United States. In 2016, Couric was an executive Producer and narrator for the documentary Under the Gun, examining gun violence and gun control in the United States. The documentary was criticized for having an eight-second pause for "dramatic effect" inserted instead of the answer given to a question Couric posed to a gun-rights group in Virginia. Couric posted a response on the documentary's website stating, "I take responsibility for a decision that misrepresented an exchange I had with members of the Virginia Citizens Defense League (VCDL)", and she included a transcript of the response she received. Later that year, the VCDL filed a defamation lawsuit for $12 million against Couric and the film's Director, Stephanie Soechtig, for continuing to promote and distribute the film without correcting the pause. The lawsuit was dismissed after a Virginia judge determined that the film scene was neither false nor defamatory. In 2015 Couric founded Katie Couric Media, a film production company which has partnered with National Geographic to produce several documentaries. The first of these, Gender Revolution, premiered in 2017. She was also an executive Producer of Flint, a 2017 Lifetime drama about the Flint, Michigan, water crisis.

On June 6, 2011, ABC announced that Couric had signed a record US$40-million contract, and would begin hosting a daytime talk show for its Disney-ABC Domestic Television arm that would debut in September 2012; Couric would also contribute to ABC News programming. On August 22, 2011, it was announced that Couric's talk show would be called Katie. Katie is the second web show that Couric has been affiliated with, the first being @katiecouric on the CBS Evening News. The first episode aired on September 10, 2012.

From April 2 to 6, 2012, Couric substituted for co-anchor Robin Roberts on ABC's Good Morning America, her first stint at hosting a morning news show since leaving Today.

In December 2013, Couric ran a segment on the HPV vaccine which critics accused of being too sympathetic to the scientifically unsupported claims that this vaccine was dangerous. For Example, Seth Mnookin accused her broadcast of employing false balance. In addition, Alexandra Sifferlin, of Time magazine, compared Couric to Jenny McCarthy, a well-known anti-vaccine Celebrity. On December 10, 2013, a week after the original segment was aired, Couric posted an article on The Huffington Post responding to this criticism, in which she stated:

In September 2013, she became engaged to financier John Molner after a two-year relationship. Couric married Molner in a small, private ceremony at her home in The Hamptons on June 21, 2014. The two star in the online cooking series Full Plate with Katie & John, appearing on the Sur La Table website.

In June 2017, after Verizon purchased Yahoo! and combined it into Oath, Couric decided to end her contract at Yahoo! News, preferring to work with them on a "project basis" only, while she continues to expand her own production company.

She returned to NBC to co-host the 2018 Winter Olympics opening ceremonies with Mike Tirico, and to provide additional Winter Olympic coverage and athlete interviews. During the opening ceremony she suggested, erroneously, that the Dutch use their skates as a normal mode of transportation during Wintertime, prompting criticism and bemusement from the U.S. Embassy in the Netherlands and others. Couric apologized that her intended compliment didn't "come out" as intended, which the Embassy accepted, and invited her to the Netherlands for a tour.

Katie Couric was born in Arlington, Virginia, the daughter of Elinor Tullie (née Hene), a homemaker and part-time Writer, and John Martin Couric, a public relations executive and news Editor at The Atlanta Journal-Constitution and the United Press in Washington, D.C. Although her mother was Jewish, Couric was raised as a Presbyterian. In a report for Today, she traced her patrilineal ancestry back to a French orphan who immigrated to the U.S. in the 19th century and became a broker in the cotton Business.