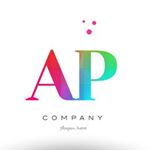 He began acting at age 14, landing parts in the film, Bugsy Malone and the TV police drama, The Sweeney, before turning to stage performances.

Leaving The Bill after 13, he took well-received parts on the BBC soap opera, EastEnders and Where the Heart Is.

He was born and raised with his family in the Mile End neighborhood of London.

In 2013, he had a guest appearance on an episode of Inspector Lewis, which starred Clare Holman.