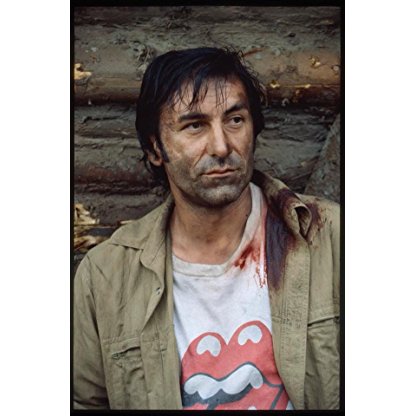 Branko Djuric was born on May 28, 1962 in  Sarajevo, Bosnia and Herzegovina, Yugoslavia, Yugoslavia, is Director, Writer, Actor. He is married to Slovenian actress and singer Tanja Ribic. He has two Daughters, Zala and Ela. From a previous marriage he has a son Filip. He Lives in Ljubljana, Slovenia. He also has a band Bombaj Stampa. He has Also received several awards including Best Actor - Valencia Film Festiva, Best Actor - Terra di Siena, Best Actor - Bar International Festival and he was also nominated for the best European film actor 2001.
Branko Djuric is a member of Director 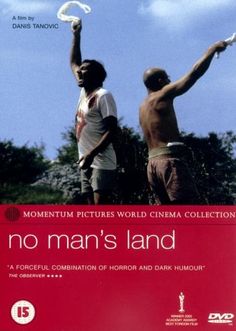 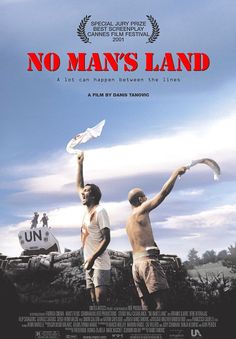 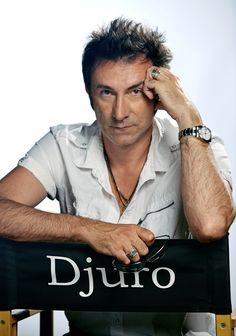 He started with a band called Ševe in the early 1980s with childhood friend Nedim Babović. Đuro then joined punk outfit SCH in 1983, but soon transferred to Bombaj Štampa re-joining Nedim Babović. As Đurić's acting career took off, the band also became more prominent, although their activity was always sporadic. In 1987 their debut album got released.

He didn't give up on acting, though, getting work as an extra in various TV Sarajevo productions. He also continued applying at ASU ahead of each new academic year, and after two more rejections in 1982 and 1983, finally got accepted on his fourth try in 1984. Once accepted at ASU, he quit the journalism studies where he had completed two years.

From late 1984 and into 1985, Đuro participated in Audicija, a no frills stage comedic production that began as academic project consisting of Academy of Stage Arts (ASU) students creating, developing, and performing characters based on various individuals applying to the academy. Conceptualized as a series of one-on-one auditions between each applicant and a professor, with students drawing upon their own auditioning experiences, the production gained prominence after one of its stage shows got filmed and broadcast on television. Performing alongside fellow academy students Željko Ninčić, Admir Glamočak, Emir Hadžihafizbegović, Haris Burina, Saša Petrović, Jasmin Geljo, Željko Kecojević, and Senad Bašić, Đuro's streetwise Sarajevan, Solomon Bičakćić, proved to be among the more popular characters from the show. Though drawing mostly poor reviews from the critics, Audicija's folksy humour soon became a comedy smash hit all over Yugoslavia with each subsequent ASU generation performing it and taking the show on the road across the country.

Also in 1985, while still in his first year at ASU, the young actor got cast against type by Kenović for the leading role in TV drama Ovo malo duše, a touching coming-of-age story written by Ranko Božić that aired in 1986 on TV Sarajevo with Đuro playing Ibrahim Halilović, suddenly single father in a remote Bosnian village after his wife passes away. This led to a few more dramatic roles on television — in series Znak on TVSa and a movie Vanja that aired on TV Novi Sad.

At the outbreak of Bosnian War during spring 1992 Đuro was in Sarajevo before fleeing the city in late August 1992, several months into the siege, and settling in Ljubljana.

In the mid-2000s, Ðurić starred in and directed TV series Brat bratu, the Slovenian version of Only Fools and Horses. The series got cancelled after thirteen episodes due to poor viewership.

In February 2007, Ðurić has appeared on B92 television in Serbia in Ðurine žute minute short segments, a slightly different take on his widely popular "Ðurine kućne čarolije" Sketch, which he performed on Top lista nadrealista. The segments mostly received poor reviews and were quickly taken off the air.

In December 2008, he reunited with Bombaj Štampa for a concert in Sarajevo featuring original Guitarist Nedim Babović and Drummer Dragan Bajić along with Bassist Ernie Mendillo (The Brandos). More concerts followed and an album of new material will be released in the spring of 2010.

In 2011, he played a Serbian soldier in movie In the Land of Blood and Honey. This was Đurić's second movie about the Bosnian War. The first one was 2001 film No Man's Land. In it, Ðurić played Ciki, a Bosniak soldier.

He also continued doing TV commercials — this time for Dedo and Nana coffee — going back to his, by now well established, "good-natured, streetwise Sarajevo guy" persona.