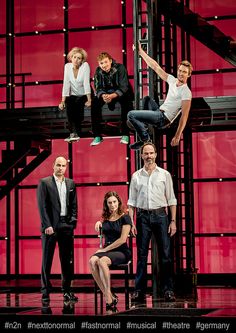 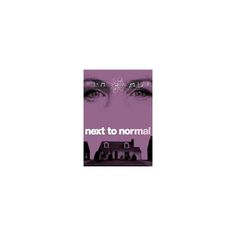 Next to Normal began as a ten-minute-long piece called Feeling Electric, which recent college graduates Yorkey and Kitt wrote as a final project for the BMI Musical Theatre Workshop at the end of the 1990s.

While at Village Theatre, Yorkey founded the KidStage Company class which teaches teens to write, direct, and perform their own musicals. Yorkey's frequent collaborator, Tom Kitt, joined him in assisting with the score to the 2008 Company Original, In Your Eyes. He worked with Composer Tim Symons, on other Company Originals such as Last Exit and A Perfect Fall.

During Yorkey's tenure as Village Theatre's Associate Artistic Director, he developed a comprehensive new works program, Village Originals. The Village Originals program develops approximately ten new musicals each season, in various stages from reading to full production. Yorkey is credited with the development of over 50 new musicals, including the 2010 Broadway musical, Million Dollar Quartet, which was nominated for Best Musical, Best Book of a Musical, and won Best Performance by a Featured Actor (Levi Kreis) in a Musical at the 64th Tony Awards.

In 2014, Yorkey's collaborative work, with Sting and co-librettist John Logan, The Last Ship opened on Broadway. The musical is loosely based on Sting's album "The Soul Cages" (1990). It opened on September 29, 2014. Yorkey and Logan were nominated for an Outer Critics Circle Award for their book.

Yorkey adapted Jay Asher's bestselling novel, 13 Reasons Why, for Netflix, Paramount Television, and Anonymous Content. It was released on Netflix in March 2017.

He scripted Sluts for Lionsgate Films and co-created the series The Bears Next Door for the Logo network. His first feature film pitch, Time After Time, sold in a bidding war to Universal Pictures. It is now fast tracked at Lionsgate/Summit with Brad Buecker (GLEE, AMERICAN HORROR STORY) directing. Yorkey is adapting Next to Normal’s film adaptation for Anonymous Content and an untitled fashion musical for Paramount Pictures, Walter Parkes and Laurie MacDonald. Yorkey and Kit are also developing an theatre camp musical for Robert Downey Jr. to star in for Warner Bros.