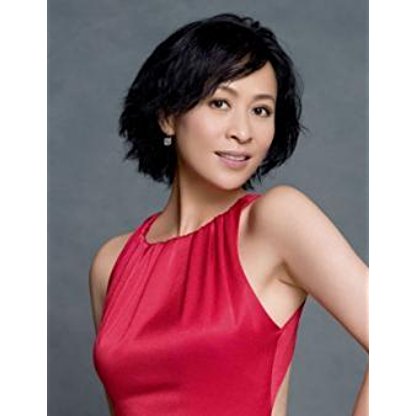 Carina Lau was born on December 08, 1965 in  Suzhou, Jiangsu, China, China, is Actress, Producer. Carina Lau moved to Hong Kong with her family at the age of 14 and at the the time could not speak the local Cantonese and was often teased by other people the "Mainland Girl". She would eventually gave her best effort to learn the language and then was re-accepted at the TVB actors training program when she had improved her speaking ability. It was 1983 the year when she had graduated from the program and launched her acting career as contract basic actress for TVB, and her now boyfriend Tony Leung (Happy Together) was graduated one year earlier. Her acting career for TVB was limited to playing ornamental parts in series for the first several years and she didn't get a major challenging starring role until the hit series Looking Back in Anger. That series had established her status as a strong leading lady, but she was aiming to abandon the small screen for films.She had been in tabloid headlines for her near-marriage romance with a handsome billionaire in the late 80s, and she was considering giving up acting to marry him but the wedding got cancelled the last minute, and Carina was devastated. Shortly after she started dating Tony after partnering to do a stage play called "Happy Lemon Husband". It was "I Am Sorry" (a low-budget dramedy) that first garnered her the HK best actress nomination in 1989, and she had previously been sent out by TVB to do some films but nothing significant enough to turn her into a film star. Since leaving TVB, she had been approached by film jobs consistently. She found the dream role when Wong Kar Wai let her play a sexy and volatile showgirl in Days of Being Wild opposite Leslie Cheung and Maggie Cheung, and she was in the spotlight and became the "It" girl of the year during film festivals and awards. She once told the press that it was WKW who taught her how to bring out the best of her acting skills and how to use body language to convey emotions.Over the course the 90s, Carina was constantly working mostly on dramas and comedies and had many box office hits. She subsequently chose very daring dramatic roles and she has a reputation for playing troubled women and prostitutes very well. For instance, her bisexual role in Intimates was one of the most challenging roles of her career and it was very provocative that it was entirely accepted by mainstream audiences. Towards the late 90s, she cut reduced her working in films since there was lesser good scripts and the industry was in decline. She even participated in a period dramatic series in Taiwan and a HK theatrical play when films didn't excite her. With more than 60 starring roles in films, TV series and plays, she was not desperate to work just for work, so the recent years she's still one of the highest earning actress in Asia because she's the spokesperson for numerous big fashion and cosmetic labels. It was unfortunate that her five year involvement in making the most lavish sci-fi epic 2046 had reduced her to a supporting role. She was frustrated that she didn't know what she was playing since Wong Kar Wai had not issued a script and was working from his head the whole time. Finally, a fellow actor recommended her to read a script called Curiosity Kills the Cat, a low-budget Chinese thriller, and insisted that she should do the film because it was clear that the leading role was perfectly suitable for her and she's never played anything like it before. Her performance garnered her the best reviews of her career. In this film, she turned in a multi-layered and unpredictable performance and for the first time she was willing to be made up to look very middle-aged and unattractive, and she was welling to do 3 takes of paint splattering all over her like Sissy Spacek in Carrie.
Carina Lau is a member of Actress 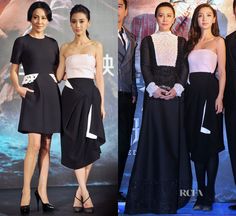 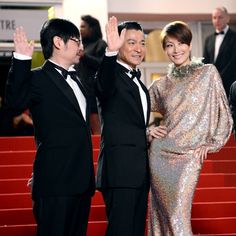 Lau was born in Suzhou, China, in 1965. She moved to Hong Kong at the age of fifteen, and joined TVB's acting classes.

Lau made her on-screen debut in The Duke of Mount Deer (1984). She skyrocketed to fame following her role as a wealthy heiress in one of Hong Kong's most-watched ever series, Looking Back In Anger (1989).

Lau then expanded to films. She was nominated at the Hong Kong Film Award for Best Actress for her role in Her Beautiful Life Lies (1989). She received acclaim for her role in Days of Being Wild (1991), one of her many collaborations with film Director Wong Kar-wai. Despite being embroiled in tabloid scandals, Lau's impressive turn as vivacious cabaret Dancer in the film put the focus back onto her talent. She continued to showcase her versatility with impressive performances in martial arts epic Saviour of the Soul (1991), biopic Center Stage (1991), cross-dressing comedy He's a Woman, She's a Man (1994) and offbeat romance Gigolo and Whore (1994). Following parts in the wuxia classic Ashes of Time (1994) and James Bond pastiche Forbidden City Cop (1997), Lau once again attracted the attention of various awards juries with her measured portrayals of bisexual silk factory owner Wan in Intimates (1997) and a prostitute in 19th Century epic Flowers of Shanghai (1998).

In 1990, during the filming of Days of Being Wild, Lau was abducted for several hours, and topless photos of her were taken. At the time, local papers, through Reuters news agency, reported that Lau was kidnapped, though a police report was not filed. It was believed that the man behind the kidnapping is Albert Yeung, a successful businessman with whom Lau was having a financial dispute. Leung has said that Lau never wanted to talk about what happened in those missing hours with anyone, including him.

The nude photos revealed the Actress in distress. Massive protests and petitions were held by fellow Hong Kong entertainers, and media ethics by Hong Kong tabloids and gossip magazines were questioned. The magazine was shut down in November 2002, only to be resumed in late 2003. Mong, the publisher of the photo who is 52 years old as of 2009, received a 5-month jail sentence after pleading guilty in December 2008 to publishing obscene photos. Mong now lives in Beijing.

Lau revealed in 2008 that she was abducted by four men working for a triad boss, as "punishment" for having refused a film offer. She said that she had not been taken advantage of during her two-hour ordeal.