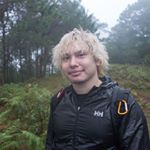 Forward and midfielder who debuted professionally for Fulham in 2013.

He began his youth career with FC Twente in 2000 and spent over a decade with the club.

He was born in Amsterdam, Netherlands.

He and fellow forward Bryan Ruiz became teammates on Fulham.