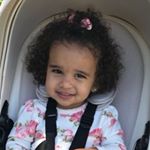 Daughter of reality star Blac Chyna. Her parents began dating January 2016; they later separated in the summer of 2017.

She was born at Cedars Sinai Hospital in Los Angeles.

Her parents had a baby shower in October 2016 before she was born.

She has several aunts, including Khloe Kardashian.

Her grandmother is Kris Jenner.