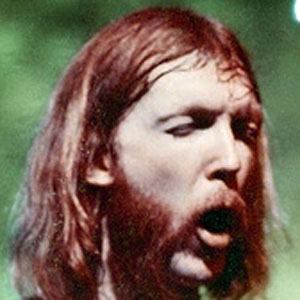 Guitarist with his brother Gregg in the rock and blues group The Allman Brothers Band.

When his brother got a guitar, Duane bought a Harley 165 motorcycle. He later passed away from a motorcycle accident.

His nickname was Skydog, referencing his signature guitar tone and sound.

His father was murdered by a hitchhiker.

He collaborated with many artists, including Aretha Franklin.