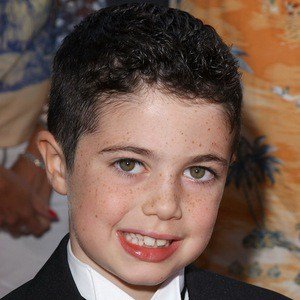 Singer who entered the spotlight a member of Team Law & Order: Criminal Intent.

He grew up in Wyckoff, New Jersey and appeared in a 1-800-FLOWERS commercial at age three.

He was a member of the short-lived boy band NY5 prior to appearing on The Voice.

He has siblings named Chelsea and DJ.

He performed Messina's "Danny's Song" during his blind audition for The Voice.