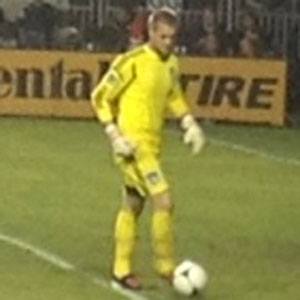 American goalkeeper who began his MLS career with the Houston Dynamo in 2011.

He was born to Stephen and Tammy Newton.

He and Landon Donovan both played for the San Jose Earthquakes.