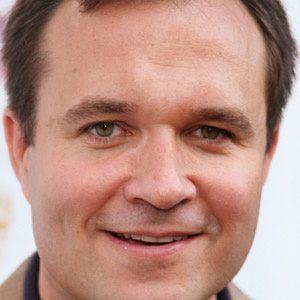 The host of Good Day New York who was a former host of Fox news programs.

He graduated with a political science degree from Fordham University.

He became the first broadcast journalist to show live pictures of the U.S. military forces entering Baghdad in 2003.

Like Ethan Phillips, he was born in Garden City.