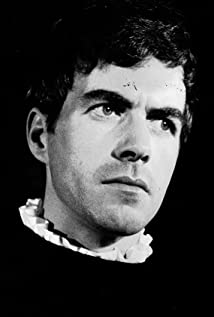 John Cairney made his stage debut at the Park Theatre, Glasgow, before enrolling at the RSAMD in Glasgow. After...
John Cairney is a member of Actor

💰John Cairney Net worth and Salary

John Cairney made his stage debut at the Park Theatre, Glasgow, before enrolling at the RSAMD in Glasgow. After graduation, he joined the Wilson Barrett Company as Snake in "The School for Scandal". A season at the Glasgow Citizens' Theatre followed before going on to the Bristol Old Vic where he appeared in the British premiere of Arthur Miller's "The Crucible".

He returned to the Citizens from time to time, most notably as Hamlet in 1960. He also appeared in the premiere of John Arden's "Armstrong's Last Goodnight" in 1964. Other stage work until 1991 included King Humanitie in "The Thrie Estaites" for Tyrone Guthrie at the Edinburgh Festival, Archie Rice in "The Entertainer" at Dundee (1972), Cyrano de Bergerac at Newcastle (1974), Becket in "Murder in the Cathedral" at the Edinburgh Festival of 1986 and Macbeth in the same Festival in 1989.

He also wrote and appeared in his own productions of "An Edinburgh Salon", "At Your Service", "The Ivor Novello Story" and "A Mackintosh Experience" while continuing to tour the world in his solo "The Robert Burns Story".

His association with Burns began in 1965 with Tom Wright's solo play "There Was A Man" at the Traverse Theatre, Edinburgh, and at the Arts Theatre, London. The solo was televised twice nationally and was also an album recording for REL Records, Edinburgh, as well as a video for Green Place Productions, Glasgow.

From Burns he moved on to other solos on William McGonagall, Robert Service and Robert Louis Stevenson until he worked with New Zealand actress, _Alannah O'Sullivan_, at the Edinburgh Festival of 1978.

They married in 1980. As Two For A Theatre they toured the world for P&O Cruises and the British Council as well as the Keedick Lecture Bureau, New York, with programmes on Byron, Wilde and Dorothy Parker until 1986.

He also starred in BBC2's "This Man Craig" .... Ian Craig (52 episodes, 1966-1967) In addition, he wrote and recorded his own songs for EMI at Abbey Road.As a writer, Cairney has published two autobiographies and a novel, "Worlds Apart" as well as "A Scottish Football Hall of Fame" and "Heroes Are Forever" for Mainstream Publishing (Edinburgh) and "A Year Out In New Zealand" for Tandem Press, NZ.

He wrote three Burns books for Luath Press in Edinburgh as well as biographies of R.L. Stevenson and C.R. Mackintosh and a book of essays on Glasgow entitled "Glasgow by the way, but". His second novel, "Flashback Forward", was published for Random House, NZ, and his book on acting, "Greasepaint Monkey" is due for publication by Luath Press, Edinburgh in 2010.

Dr Cairney gained an M.Litt from Glasgow University for a "History of Solo Theatre" in 1988 and, in 1994, a PhD from Victoria University, Wellington, for his study of Stevenson and Theatre. Having spent the last seventeen years in New Zealand, John and Alannah have now returned to live again in Scotland.