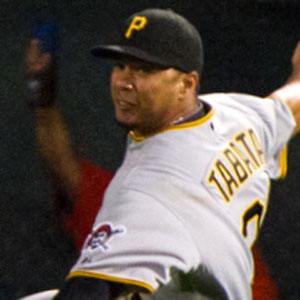 Venezuelan outfielder who made his major league debut with the Pittsburgh Pirates in June, 2010.

He was signed by the New York Yankees at age 17 and spent five years playing in the minor leagues before being called up.

He recorded nearly 300 hits and over 70 RBIs in his first three MLB seasons.

He married Amalia Pereira in 2011.

He started his career with the Pittsburgh Pirates, as did third baseman Aramis Ramirez.