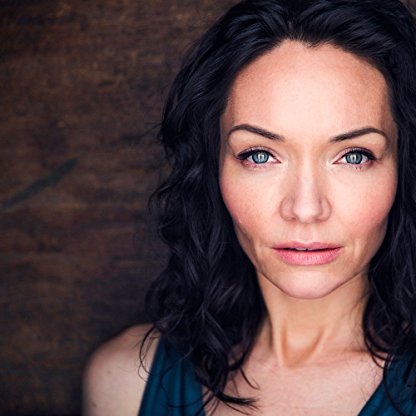 Katrina Lenk was born on April 10, 1960, is Actress, Writer, Soundtrack. Katrina Lenk is an actress and writer, known for Happythankyoumoreplease (2010), Look Away (2018) and Miss Teri (2015).
Katrina Lenk is a member of Actress 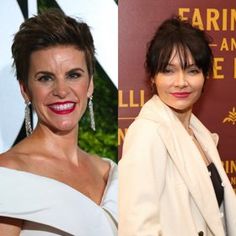 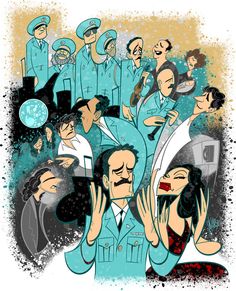 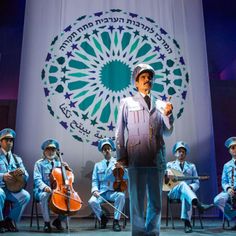 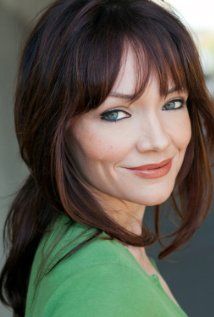 The band's earliest incarnation was as The Waves, a group that played in and around Cambridge, England, from 1975 to 1977 and featured Guitarist Kimberley Rew and Drummer Alex Cooper. This incarnation of the Waves never issued any recordings, and broke up when Rew left to join the Soft Boys.

Leskanich was born in Topeka, Kansas. She is of Irish, German and Czech ancestry. Her father was a colonel in the United States Air Force, and Katrina and her five siblings (four sisters and one brother) moved frequently as children. After she was born, they moved from Kansas to New Mexico, and then California, Alabama, Georgia, Florida, Massachusetts, Nebraska, Stuttgart, in (then) West Germany, and the Netherlands before arriving in the United Kingdom in 1976.

A more direct ancestor of Katrina and the Waves was the band Mama's Cookin', a pop cover band hailing from Feltwell, England. This band, founded in 1978, featured American Katrina Leskanich on vocals and keyboards, her then-boyfriend (and fellow American) Vince de la Cruz on vocals and lead guitar and Marcos de la Cruz (aka "Dr Sod" of "Dr Sod's Backyard Landscaping Services" in Orange County California) on drums. By late 1980, Alex Cooper had joined the band on drums, with Bob Jakins on bass. Mama's Cookin' proceeded to gig steadily in England over the next two years, specialising in covers of songs by American acts such as Heart, Foreigner, Linda Ronstadt, and ZZ Top.

Leskanich performed in the 1980s show Gylne Tider which toured Norway in the early summer of 2007 and transferred to the Christiania Theatre in Oslo from October to December 2007. Leskanich's cover of "They Don't Know" was included in the compilation Gylne Tider 2 which was released in 2007 and went platinum.

When The Soft Boys broke up in 1981, Rew contacted his old Wave-mate Cooper to see about renewing their musical partnership. Cooper convinced Rew to join Mama's Cookin', and the five-piece group (Leskanich/Rew/Cooper/de la Cruz/Jakins) was quickly renamed The Waves after the band Rew and Cooper had been in together in the mid-1970s.

The Waves made their initial recorded appearances on a 1982 single ("Nightmare"/"Hey, War Pig!"); both tracks were included on the 1982 Rew solo album called The Bible of Bop. The Waves then issued their debut EP Shock Horror later in 1982. Around this time, Bassist Jakins left the band. He was not replaced, as de la Cruz took over on bass and the band was rechristened Katrina and the Waves.

The Katrina and the Waves album was a substantial critical and commercial success, and the group had a worldwide hit with the song "Walking on Sunshine," (No. 9 US, No. 8 UK, a completely re-recorded, and substantially rearranged version of the song when compared to its initial 1983 Canada-only release). A Grammy award nomination for "Best New Artist" followed, as did constant touring, both of which helped to spur sales of new releases.

Also in 1984, their song "Going Down to Liverpool" was covered by The Bangles, which added to their profile. With the group building a fan base with their recordings and extensive touring, major label interest began to build, and Katrina and the Waves eventually signed an international deal with Capitol Records in 1985.

A follow-up single to "Walking on Sunshine" called "Do You Want Crying" (written by de la Cruz) also became a top 40 US hit, reaching No. 37 in the late summer of 1985. However, the band's follow-up album to Katrina and the Waves (simply entitled Waves) didn't meet with the same measure of success. The album did spin off a minor UK and US hit in the form of the Rew-penned "Is That It?" (No. 70 US, No. 82 UK), and "Sun Street" (a de la Cruz composition) was a UK Top 30 hit in 1986. However, Capitol dropped the band after the Waves album didn't perform to expectations. The band subsequently recorded a 1989 album for Capitol-distributed SBK Records called Break of Hearts, a harder, more rock-oriented effort than their previous releases. The album included "That's the Way" which reached No. 16 in the US (written by Leskanich and Rew).

Throughout the nineties, Katrina and the Waves recorded fairly steadily, though most releases were available only in continental Europe and/or Canada. They also recorded the song "We Gotta Get Out of This Place" with Eric Burdon for the TV series "China Beach" in 1990. In 1997, after having somewhat faded into obscurity, the band won the Eurovision Song Contest 1997 for the United Kingdom with "Love Shine a Light". Reacting to the win, Leskanich said it was the second landslide victory in a week; the song won by a record points margin, and Tony Blair had won the 1997 British general election two days previously. The song won by a then-record margin of 70 points over the Irish runner-up. The song went to No. 3 in the UK Singles Chart (becoming the band's biggest-ever hit) and Katrina and The Waves performed an unprecedented four weeks running on the BBC One TV show Top of the Pops.

After the Waves broke up in 1999, Leskanich launched a solo career, first as a DJ for BBC Radio 2 and then in 2001 she played the lead role in the musical Leader of the Pack. She released her first solo CD, Katrina Leskanich, through Universal Records in Britain in 2005. And the single – Leskanich's cover of Kirsty MacColl's "They Don't Know" was played on Radio 2. In 2005 she also participated in the Swedish selection for the Eurovision Song Contest (Melodifestivalen 2005) with the song "As If Tomorrow Will Never Come". In 2005 Leskanich (with Renārs Kaupers) hosted Congratulations – 50 Years of the Eurovision Song Contest, in Copenhagen.

In 2005, Leskanich reflected on sharing her name with a hurricane that devastated the U.S. Gulf Coast in late August and early September of that year, after the name "Katrina and the Waves" appeared on numerous news television shows, headlines, and blog postings that were covering her namesake hurricane. When a New York Times reporter contacted her about this, she said: "The first time I opened the paper and saw 'Katrina kills 9,' it was a bit of a shock. ... I hope that the true spirit of 'Walking on Sunshine' will prevail. I would hate for the title to be tinged with sadness, and I will have to do my own part to help turn that around." She also stated that she hoped that "Walking on Sunshine" would become an anthem for the Gulf Coast's recovery.

Leskanich also appeared in the Countdown Spectacular 2 concert series around Australia between late August and early September 2007. She performed her hit "Walking on Sunshine".

On March 1, 2008, she performed a remix dance version of her 1997 Eurovision winning song, "Love Shine A Light", on the BBC Eurovision song selection show.

In November 2010, Leskanich was a guest coach on the Austrian TV show Helden von Morgen on ORF1. All her contestants went through to the next round including Lukas Plochl who sang a rap of Love Shine A Light.

In May 2011, Leskanich released an EP 'Spiritualize' "In 1999 I wrote, collected and compiled some songs I thought would come together for an uplifting and spiritual type of album. I thought I'd try to make this a bit more personal," said Leskanich.

In 2012 Leskanich formed a new line up of her band and played the Acoustic Festival of Britain, The Ultimate 80s Festival and then Gig in the Park in Suffolk. Leskanich has also played at festivals around Europe this year including the Rewind Festival in Scotland with Go West, Limahl, Village People, ABC, etc., Keitelejazz festival in Finland and Here and Now at Ascot with Bananarama, Rick Astley, Belinda Carlisle, Midge Ure. Leskanich also teamed up with Ben Crabbé from the Belgian band De Kreuners and Dany Lademacher from The Radios and Herman Brood and His Wild Romance to form Katrina and The Romance which toured festivals in Belgium in the summer of 2012.

Leskanich released her second solo album, 'Blisland' – inspired by the genre of music from her formative years – I wanted to record an album that reflected my love of all the genres of music I grew up listening to, from Peter Frampton Live to Neil Young's Harvest. I fell in love with the South West of England, the beautiful beaches reminded me of California and a little village called Blisland not only had a fantastic little pub but also gave me the perfect name for my new album.'

In 2015 Leskanich joined Rewind Festival to tour South Africa which was followed by her second tour of North America in March 2015.

In May 2017, Leskanich released her first compilation album 'The Very Best of Katrina'.