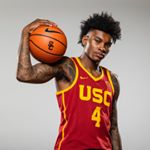 Point guard who led the NBA in assists four times and retired with a career average of 8.1 assists per game.

He led the Saint Francis Red Flash before being drafted by the Baltimore Bullets in 1972.

He set an NBA record for registering 29 assists in a single game.

He averaged over eight assists per game during his career, just behind All-Star guard Tim Hardaway on the all-time list.