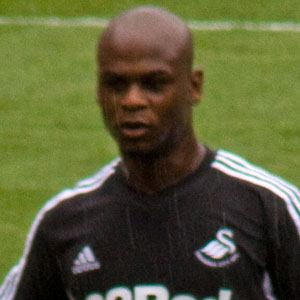 Striker who joined Swansea City in 2011.

He signed with Bristol City when he was 18 years old, and moved on to play for Reading F.C. in 2005.

He participated in the 2007 UEFA European Under-21 Football Championship.

He grew up in Kinshasa, Zaire.

He played alongside Ibrahima Sonko on Reading F.C.