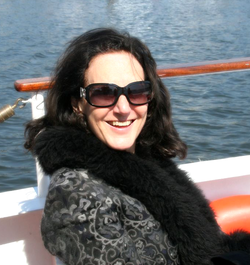 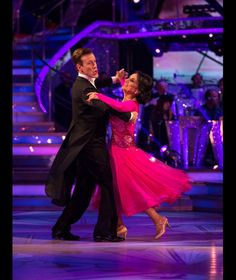 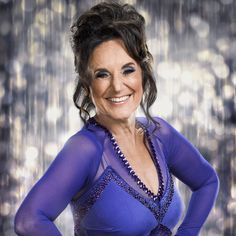 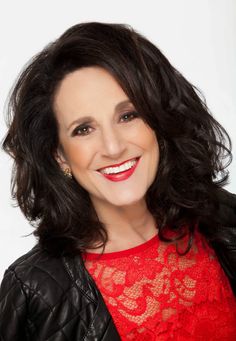 Joseph was born in Hackney, London and grew up in Northampton. Joseph's mother, Rebecca Mundy (née Maccoby), was born in May 1912 and died in March 2016, aged 103.

In May 1973, Joseph appeared in Godspell at the Pavilion Theatre in Bournemouth.

From 1989 to 1998, Joseph played Dorien Green in the sitcom Birds of a Feather which, at the time, aired on the BBC

Joseph starred in the ITV soap Night and Day from 2001 to 2003 playing the show's resident bitch, Rachel Culgrin. In 2002, Joseph appeared on a special edition of What Not to Wear, where she was given a makeover by Trinny Woodall and Susannah Constantine. In 2004, she starred in The Vagina Monologues opposite Linda Robson and Mica Paris.

Joseph began a radio show in 2008 on BBC London 94.9 with Christopher Biggins, airing every Sunday between 9 am to 12 noon. Biggins left the show after a few months, but Joseph has continued to host. She also stands in for Vanessa Feltz on her weekday morning talk when Feltz is on holiday.

Since 2009, she has been a regular newspaper reviewer on This Morning. She appeared in the 2014 series Secrets of the Asylum, a two-part series for ITV. In 2015, Joseph took part in ITV's Celebrity sheep herding series Flockstars, beginning on 30 July.

From 4 December 2010 to 22 January 2011, she appeared at The Grand Opera House, Belfast as the Wicked Queen in the pantomime Snow White and the Seven Dwarfs.

In December 2011, it was confirmed that Joseph would reunite with fellow Birds of a Feather cast members, Linda Robson and Pauline Quirke, for a theatre adaptation of the series. The trio toured the United Kingdom from May to July 2012.

In 2014, Joseph appeared with Forrest Dunbar on ITV2's Freshers: A Year On. She makes frequent appearances on Channel 5's Big Brother's Bit on the Side.

In 2015, she appeared as Miss Hannigan in the stage production of Annie at certain venues, sharing the role with Jodie Prenger and Elaine C Smith she also stared as the fairy godmother in Cinderella at the cliffs pavilion (Southend on sea). In 2016/17, she starred in Snow White and the Seven Dwarfs at the Theatre Royal, Plymouth. Joseph portrays Frau Blucher in the West End production of Young Frankenstein.

On 22 August 2016, it was announced that Joseph would take part in the fourteenth series of Strictly Come Dancing. She was partnered with Anton du Beke. In their first week, the couple scored 23 points for their waltz to "What'll I Do", in week two, 26 for their cha-cha-cha to "Perhaps, Perhaps, Perhaps", in week three, 27 for their quickstep for "A Couple of Swells" from Easter Parade and in week four, 31 for their Charleston to "Won't You Charleston with Me?" from The Boy Friend. The couple left the series in week five, after scoring 24 for their tango to "Whatever Lola Wants".