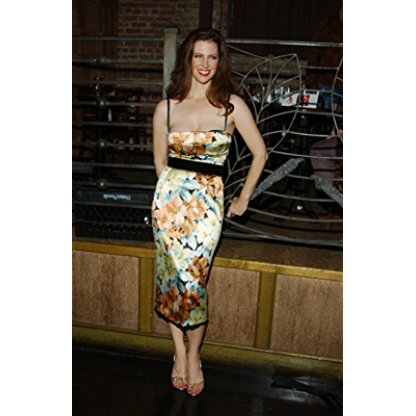 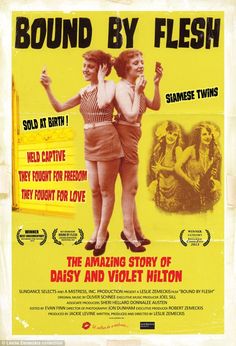 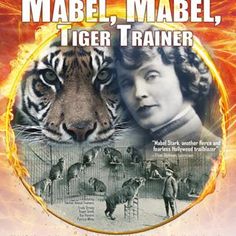 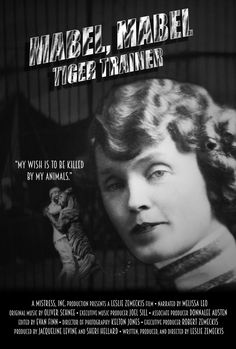 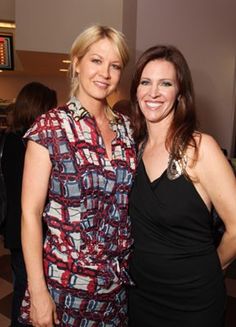 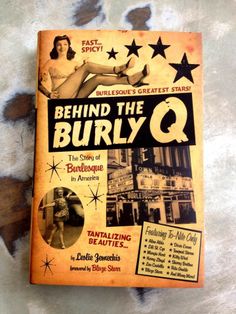 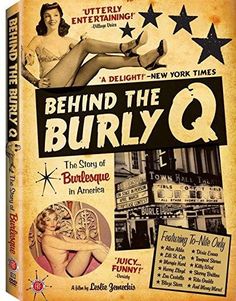 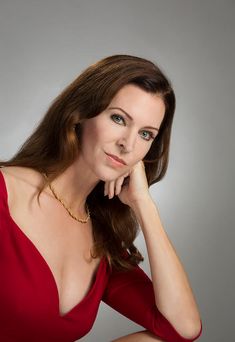 While at USC, Zemeckis developed a close friendship with the Writer Bob Gale, who was also a student there. Gale later recalled, "The graduate students at USC had this veneer of intellectualism...So Bob and I gravitated toward one another because we wanted to make Hollywood movies. We weren't interested in the French New Wave. We were interested in Clint Eastwood and James Bond and Walt Disney, because that's how we grew up." Zemeckis graduated from USC in 1973.

I Wanna Hold Your Hand (1978), starring Nancy Allen, and Used Cars (1980), starring Kurt Russell, were well-received critically but were commercial failures. I Wanna Hold Your Hand was the first of several Zemeckis films to incorporate historical figures and celebrities into his movies. In the film, he used archival footage and doubles to simulate the presence of The Beatles. After the failure of his first two films, and the Spielberg-directed bomb 1941 in 1979 (for which Zemeckis and Gale had written the screenplay), the pair gained a reputation for writing "scripts that everyone thought were great [but] somehow didn't translate into movies people wanted to see."

As a result of his reputation within the industry, Zemeckis had trouble finding work in the early 1980s, though he and Gale kept busy. They wrote scripts for other Directors, including Car Pool for Brian De Palma and Growing Up for Spielberg; neither ended up getting made. Another Zemeckis-Gale project, about a teenager who accidentally travels back in time to the 1950s, was turned down by every major studio. The Director was jobless until Michael Douglas hired him in 1984 to film Romancing the Stone. A romantic adventure starring Douglas and Kathleen Turner, Romancing was expected to flop (to the point that, after viewing a rough cut of the film, the producers of the then-in-the-works Cocoon fired Zemeckis as director), but the film became a sleeper hit. While working on Romancing the Stone, Zemeckis met Composer Alan Silvestri, who has scored all of his subsequent pictures.

After Romancing, the Director suddenly had the clout to direct his time-traveling screenplay, which was titled Back to the Future. Starring Michael J. Fox, Lea Thompson, Crispin Glover, and Christopher Lloyd, the 1985 film was wildly successful upon its release, and was followed by two sequels, released as Back to the Future Part II in 1989 and Back to the Future Part III in 1990. Before the Back to the Future sequels were released, Zemeckis collaborated with Disney and directed another film, the madcap 1940s-set mystery Who Framed Roger Rabbit, which painstakingly combined traditional animation and live action; its US$70 million budget made it one of the most expensive films made up to that point. The film was both a financial and critical success, and won three Academy Awards. In 1990, Zemeckis commented, when asked if he would want to make non-comedies, "I would like to be able to do everything. Just now, though, I'm too restless to do anything that's not really zany."

Zemeckis' films are characterized by an interest in state-of-the-art special effects, including the early use of the insertion of computer graphics into live-action footage in Back to the Future Part II (1989) and Forrest Gump, and the pioneering performance capture techniques seen in The Polar Express (2004), Beowulf (2007) and A Christmas Carol (2009). Though Zemeckis has often been pigeonholed as a Director interested only in effects, his work has been defended by several critics, including David Thomson, who wrote that "No other contemporary Director has used special effects to more dramatic and narrative purpose."

In 1992, Zemeckis directed the black comedy Death Becomes Her, starring Meryl Streep, Goldie Hawn and Bruce Willis. Although his next film would have some comedic elements, it was Zemeckis's first with dramatic elements, and was also his biggest commercial success to date, Forrest Gump (1994). Starring Tom Hanks in the title role, and borrowing to some extent from Woody Allen's earlier Zelig, Forrest Gump tells the story of a man with a low I.Q., who unwittingly participates in some of the major events of the twentieth century, falls in love, and interacts with several major historical figures in the process. The film grossed $677 million worldwide and became the top grossing U.S. film of 1994; it won six Academy Awards, including Best Picture, Best Actor (for Hanks) and Best Director (for Zemeckis). In 1997, Zemeckis directed Contact, a long-gestating project based on Carl Sagan's 1985 novel of the same name. The film centers on Eleanor Arroway, a scientist played by Jodie Foster, who believes she has made contact with extraterrestrial beings.

In 1996, Zemeckis had begun developing a project titled The Castaway with Tom Hanks and Writer william Broyles, Jr.. The story, which was inspired by Robinson Crusoe, is about a man (Hanks) who becomes stranded on a desert island and undergoes a profound physical and spiritual change. While working on The Castaway, Zemeckis also became attached to a Hitchcockian thriller titled What Lies Beneath, the story of a married couple experiencing an extreme case of empty nest syndrome that was based on an idea by Steven Spielberg. Because Hanks's character needed to undergo a dramatic weight loss over the course of The Castaway (which was eventually retitled Cast Away), Zemeckis decided that the only way to retain the same crew while Hanks lost the weight was to shoot What Lies Beneath in between. He shot the first part of Cast Away in early 1999, and shot What Lies Beneath in fall 1999, completing work on Cast Away in early 2000. Zemeckis later quipped, when asked about shooting two films back-to-back, "I wouldn't recommend it to anyone." What Lies Beneath, starring Harrison Ford and Michelle Pfeiffer, was released in July 2000 to mixed reviews, but did well at the box office, grossing over $155 million, domestically. Cast Away was released that December and grossed $233 million domestically; Hanks received an Oscar nomination for Best Actor for his portrayal of Chuck Noland.

In 1999, Zemeckis donated $5 million towards the Robert Zemeckis Center for Digital Arts at USC, a 35,000-square-foot (3,300 m) center. When the Center opened in March 2001, Zemeckis spoke in a panel about the Future of film, alongside friends Steven Spielberg and George Lucas. Of those (including Spielberg) who clung to celluloid and disparaged the idea of shooting digitally, Zemeckis said, "These guys are the same ones who have been saying that LPs sound better than CDs. You can argue that until you're blue in the face, but I don't know anyone who's still buying vinyl. Film, as we have traditionally thought of it, is going to be different. But the continuum is man's Desire to tell stories around the campfire. The only thing that keeps changing is the campfire." The Robert Zemeckis Center currently hosts many film school classes, much of the Interactive Media Division, and Trojan Vision, USC's student television station, which has been voted the number one college television station in the country.

Zemeckis has said that, for a long time, he sacrificed his personal life in favor of a career. "I won an Academy Award when I was 44 years old," he explained, "but I paid for it with my 20s. That decade of my life from film school till 30 was nothing but work, nothing but absolute, driving work. I had no money. I had no life." In the early 1980s, Zemeckis married Actress Mary Ellen Trainor, with whom he had a son, Alexander Francis. He described the marriage as difficult to balance with filmmaking, and his relationship with Trainor eventually ended in divorce. On December 4, 2001, he married Actress Leslie Harter, with whom he has two children.

In 2004, Zemeckis reteamed with Hanks and directed The Polar Express, based on the children's book of the same name by Chris Van Allsburg. The Polar Express utilized the computer animation technique known as performance capture, whereby the movements of the actors are captured digitally and used as the basis for the animated characters. As the first major film to use performance capture, The Polar Express caused The New York Times to write that, "Whatever critics and audiences make of this movie, from a technical perspective it could mark a turning point in the gradual transition from an analog to a digital cinema."

In February 2007, Zemeckis and Walt Disney Studios chairman Dick Cook announced plans for a new performance capture film company devoted to CG-created, 3-D movies. The company, ImageMovers Digital, created films using the performance capture Technology, with Zemeckis directing most of the projects and Disney distributed and marketed the motion pictures worldwide. Zemeckis used the performance capture Technology again in his film, Beowulf, which retells the Anglo-Saxon epic poem of the same name and starred Ray Winstone, Angelina Jolie, and Anthony Hopkins. Neil Gaiman, who co-wrote the adaptation with Roger Avary, described the film as a "cheerfully violent and strange take on the Beowulf legend." The film was released on November 16, 2007, to mostly positive reviews.

In August 2008, Movies IGN revealed in an interview with Philippe Petit that Zemeckis was working with Petit to turn Petit's memoir To Reach the Clouds into a feature film. Robert Zemeckis was either seriously considered to, or attached to direct the 2005 version of Charlie and the Chocolate Factory. Zemeckis is an avid supporter of 3-D Digital Cinema, and has stated that, starting with the 3-D presentations of Beowulf, all of his Future films would be done in 3-D using digital motion capture. He has reportedly backed away from that statement and said that the decision to use 3-D will be on a film-by-film basis.

On August 19, 2009, it was reported that Zemeckis and his company were in talks with Apple Corps Ltd to remake the animated film Yellow Submarine in 3-D once again utilizing performance capture. However, on March 12, 2010, with Zemeckis' biggest Disney ally gone, former chairman Dick Cook, and amid drastic cost-cutting by the new management team, Disney announced that it was ending its relationship with ImageMovers Digital. The studio's final film, 2011's Zemeckis-produced Mars Needs Moms, was the second worst box office failure in history, with a net loss of roughly $130 million. Zemeckis made his return to live-action filmmaking with Flight, a 2012 drama for Paramount, starring Denzel Washington.

Zemeckis is a private pilot who has logged approximately 1,600 hours of FLIGHT time as of October 2012. He flies a Cirrus SR20, known for having a parachute that safely lowers the plane to the ground in case of an emergency.

On January 31, 2014, it was announced that a stage musical adaptation of Zemeckis's first Back to the Future film was in production. The show will be co-written by original Writers Robert Zemeckis and Bob Gale. According to Gale, the musical will be "true to the spirit of the film without being a slavish remake".

In 2015, he directed the true story The Walk, which is about Philippe Petit and his ambition to tightrope walk between the towers of the World Trade Center.

Paramount Pictures and 20th Century Fox announced in February 2015 that Zemeckis would direct Brad Pitt in Allied, a romantic thriller set during World War II. The film was released on November 23, 2016.

On April 27, 2017, Screen Junkies reported Zemeckis was in talks to direct a movie based on The Flash for the DC Extended Universe.